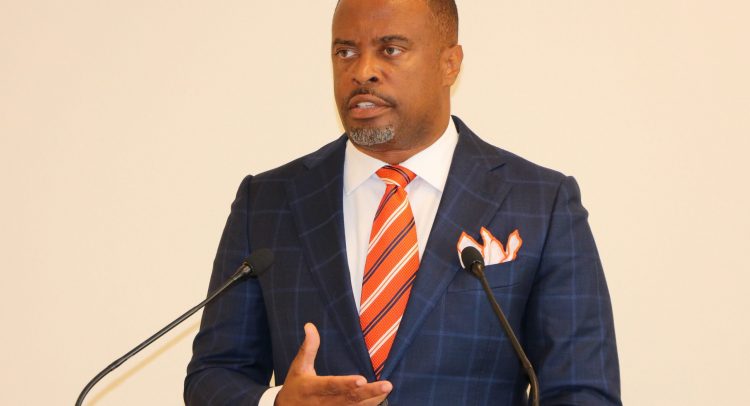 Mark Brantley, Premier of Nevis and Leader of CCM

Brothers and sisters, a timeline of recent events might be useful. The PAM had their annual convention on Sunday March 13, 2022 at which I spoke. The PLP had its annual Convention on Saturday 26 March 2022. Both conventions made it clear that all was not well. Indeed it was obvious to all that since the Conventions of those two political parties in 2021 there were signs of acute difficulties within the Team
Unity construct.

Against this backdrop, the Hon Shawn Richards as Leader of PAM and I as Leader of CCM, who together have 7 of the 9 seats in the Unity coalition, jointly wrote to the Prime Minister on Monday 28 March, 2022 seeking an urgent meeting. We both realized that if Team Unity was to be saved then PAM and CCM had to initiate that dialogue to save it.

Notwithstanding the the urgency and gravity of the situation, the Prime Minister did not make himself available for a meeting until 9 days later. We finally met in Basseterre on Wednesday 6 April, 2022.

At that meeting the parties agreed that we would speak freely and that we would not disclose the content of our discussions until some resolution was achieved. Both the Leader of PAM and I set out in extensive detail the serious concerns that we had with the manner in which the Prime Minister was managing Team Unity as leader. We went on to indicate to him our recommendations for ameliorating the position and allowing us to move forward with greater comfort and assurance that the concerns would not only be addressed but would not be allowed to reoccur.

Out of respect for the Prime Minister and the office that he holds, both the Hon Richards and I agreed that he would need time to reflect and a second meeting was convened for Holy Thursday 14 April, 2022.

Naturally, we expected that having set out the issues of concern and the recommendations for resolution of those issues, the Hon Prime Minister would have come to the meeting on Holy Thursday with his response to the clear recommendations made having had 8 days to reflect and consider.

This however proved not to be the case and instead, the Prime Minister failed and or refused to address decisively any of the issues raised choosing instead to suggest that we develop a framework for further discussions, a code of conduct for Cabinet and inviting the World Bank to study the issue of a pro rata share of CBI proceeds for Nevis.

Given the obvious preparations on the ground by the PLP for a possible election, I have come to the inescapable conclusion that the Hon Prime Minister is not concerned about saving Team Unity but is merely playing for time hoping to maintain the status quo for as long as possible while the serious concerns about the current path of Team Unity are ignored.

If I can take but one example to prove my point.

It boggles the mind why the Hon Prime Minister, a trained accountant and highly astute financial manager, would continue peddling a notion that we need the World Bank to come in to do a study to tell us how to calculate the monies received from CBI, subtract the expenses of the program, and divide the balance on a pro-rata population basis between Basseterre and Charlestown as was agreed as a central plank of the Team Unity construct.

I am certain when I say that any student at the Nevis Sixth Form College or CFBC could undertake that mathematical exercise and bring immediate resolution to a matter which has now festered for 7 long years.

My brothers and sisters let me be clear. One hand cannot clap and PAM and CCM cannot by themselves save Team Unity as currently configured if the PLP and its leadership have no interest in resolving the issues that confront us.

To this end and consistent with our ongoing efforts to save our Team Unity government, the Hon Shawn Richard and I have delivered written communication to the Hon Prime Minister setting out our position for a path forward.

We have taken the unprecedented step of putting a deadline of Wednesday April 20, 2022 for a response from the Prime Minister barring which we can only conclude that he and his team have no interest or desire to save this Team Unity government. We shall therefore know by Wednesday whether we can achieve resolution or face dissolution.

I agree but will add that the principles of Team Unity which allowed him the privilege of being our Prime Minister should also not be diminished. We cannot and must not use the ladder of Team Unity to get to the top and then kick it down as being a mere construct for personal advancement and self-aggrandizement.