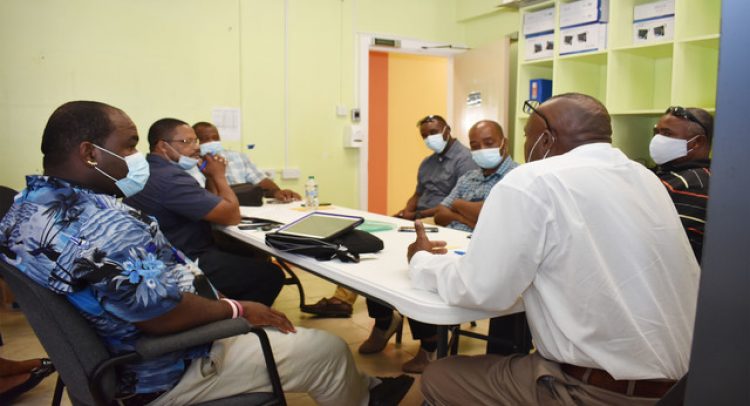 BASSETERRE, ST. KITTS, July 14, 2021 (S.T.E.P.) — Workers on the Skills Training Empowerment Programme (STEP) received their salaries in the period the country went through days of limited operations, where some businesses did not open, and also on the days the country was under a 24-hour lockdown.

This was revealed on Tuesday evening July 13 by Prime Minister and Minister of Human Resource Management, Dr the Hon Timothy Harris, who has responsibility for the Skills Training Empowerment Programme (STEP), when he hosted the popular Leadership Matters, a virtual forum series, on ZIZ Television under the theme ‘Building a resilient road to recovery’.

“STEP workers were paid,” Prime Minister Harris said in response to a question posed by a caller who had wanted to know if STEP workers would be paid for the period during the lockdown. He assured: “The Government has never stopped the payment of STEP workers.”

The Honourable Prime Minister however observed that any person who would not have been paid, and that was a very small number if that situation exists, would have had particular issues unrelated to the lockdown. He said that government ensured that STEP workers were paid on a weekly basis.

“We brought forward the payment (of salaries) to Wednesday,” Dr Harris told the questioner. “Every Wednesday the Accountant General ensured that the monies were sent to the bank so that on the days of limited operations, Thursdays and Fridays, there would be no problem.”

In the meantime, earlier in the day, Director of the Skills Training Empowerment Programme (STEP) Mr Emile Greene would have released the same information at a meeting held with STEP Senior and Zonal Field Officers at the STEP offices on top the General Post Office on Bay Road in Basseterre. Also in attendance was STEP Field Operations Manager Mr William Phillip.

Added Mr Greene: “Prime Minister made it abundantly clear that all STEP workers must be paid, and in fact the payday was brought forward to Wednesday so that when we had limited operating days on Thursdays and Fridays the monies would have already been in the bank accounts by Wednesday.”

Featured Image – Meeting with STEP Senior and Zonal Field Officers on Tuesday July 13. STEP Director Mr Emile Greene is at the head of the table (partly hidden), and STEP Field Operations Manager Mr William Phillip is on the right.