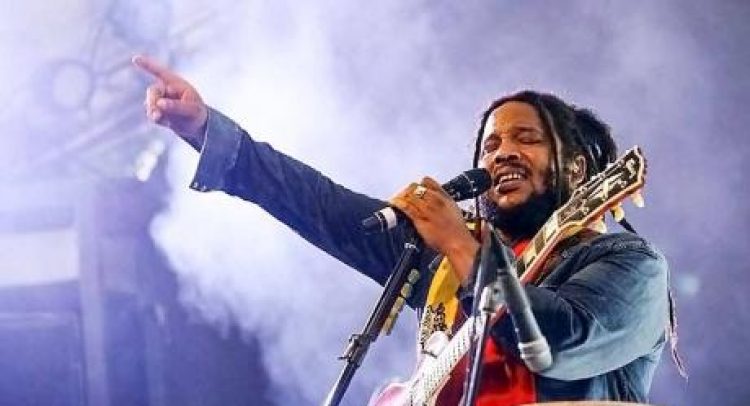 Stephen Marley has unveiled his 2022 Babylon By Bus Summer Tour, which will see him performing with his full band on a 20-date run across the United States.

The bi-coastal tour kicks off in Monterey, California, on May 26 at the Cali Roots Festival, and features seven California dates, along with performances in Nevada, Arizona, Colorado, Texas, South Carolina, North Carolina, Virginia, Massachusetts and New York.

The eight-time Grammy Award-winning singer, songwriter, producer and guitarist will showcase a mixture of original songs from his illustrious 40-year career, as well as revitalised classics from his father Bob Marley’s iconic catalogue.

Highlights include a special sold-out Red Rocks Amphitheatre performance with Ben Harper and brother Ziggy Marley, who will also link up with Stephen again in Vienna, Virginia, on July 27.

Skip Marley opens six dates on the tour, along with other hand-picked support artistes, such as Kabaka Pyramid, Hirie and Mike Love.

Stephen most recently released an EP collection of songs, which he produced with all-female vocalists as an homage to the legendary Nina Simone, Celebrating Nina: A Reggae Tribute to Nina Simone. It features Cedella Marley, Etana, Queen Ifrica, Joss Stone, and more, via Ghetto Youths International and is now available on all digital platforms.

He is currently putting the finishing touches on his forthcoming full-length studio album, slated for release later this year.

Babylon By Bus is actually the name of a live double-album by Bob Marley and the Wailers. It was recorded, for the most part, during a three-night run of shows in June 1978 at the 10,000-capacity Pavillon de Paris in France, and released on November 10.

Among its 13 tracks are Positive Vibration, Punky Reggae Party, Exodus, Stir It Up, Rat Race, Concrete Jungle, Lively Up Yourself, War/No More Trouble, Is This Love and Jammin.

A concert tour,the Babylon by Bus Tour was organised to support the album and also to popularise Marley and reggae music in Asia and Oceania.

The tour started in Japan on April 5, 1979, and ended in Honolulu, Hawaii, one month later, on May 6. The tour should have started with two shows in Ivory Coast in mid-March, but both concerts had been cancelled for undisclosed reasons. The first leg led Marley through Japan, where he performed for the first time, while the second leg took place in various Oceanian places (New Zealand, Australia, Hawaii).

It was Marley’s only tour that included concerts in Asia and Oceania.

Contributed Stephen Marley is putting the finishing touches to his album which will be released later this year.