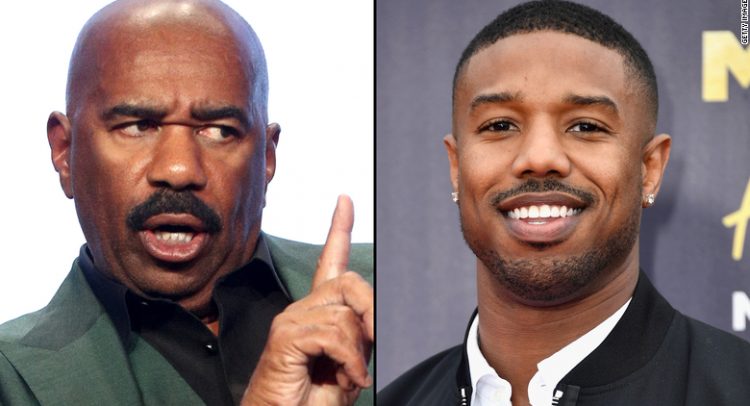 Steve Harvey has his eye on daughter’s boyfriend, Michael B. Jordan

(CNN)- Steve Harvey has given his approval of his daughter Lori’s relationship with Michael B. Jordan – for now.

Harvey recently talked about it on “The Steve Harvey Morning Show” on iHeartRadio.

“I like this one,” he said of Jordan. “I still got my eye on him.”
The pair made their relationship Instagram official earlier this month.
The elder Harvey joked about Jordan being named People’s Sexiest Man Alive last year.

“You ain’t the sexiest man in the world to me,” Harvey said “Let’s be clear about that.”