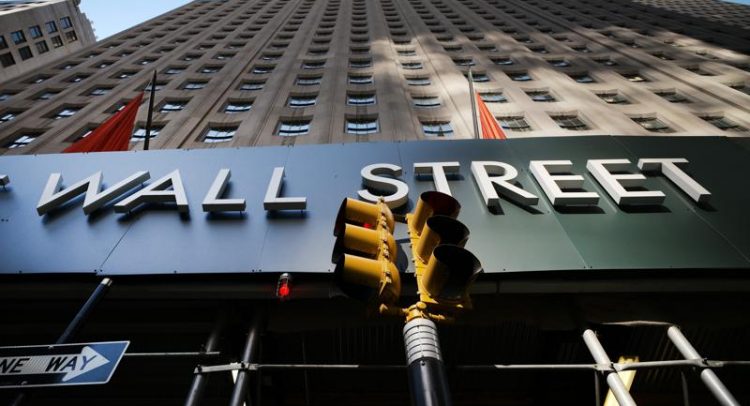 Stocks fell in early trading on Wall Street Monday in a sluggish start to the week as investors await the latest take from the Federal Reserve on inflation.

The benchmark S&P 500 is sitting just below its latest record high set on Friday. It is also coming off its third weekly gain in a row. Trading has been choppy as investors gauge the economic recovery and rising inflation’s impact on its trajectory and the Fed’s next move.

Banks, health care and industrial companies had some of the broadest losses. Energy companies held up better than the rest of the market as crude oil prices climbed more than 1%. Marathon Oil rose 2.1%.

The Fed is meeting this week and will release a statement on Wednesday. Investors have been worried that the Fed could ease up on bond purchases and other stimulus measures as the economy recovers. No policy changes are expected immediately, but comments on a shift in policy could jostle an already skittish market.

Fed officials have maintained that any rise in inflation will be temporary as the economy recovers.

Lordstown Motors sank 20% after the CEO and CFO resigned as problems mount for the startup electric truck maker.

Novavax rose 1.1% after the vaccine maker said its COVID-19 shot was highly effective against the disease and also protected against variants in a large study in the U.S. and Mexico.

European markets were mostly higher. Several markets in Asia were closed for a holiday.

FILE – In this May 19, 2021 file photo, a sign for a Wall Street building is shown, Wednesday, May 19, 2021, in New York. Stocks are off to a sluggish start on Wall Street Monday, June 14 easing the S&P 500 index just below its latest record high. The benchmark index is also coming off its third weekly gain in a row. (AP Photo/Mark Lennihan, File)