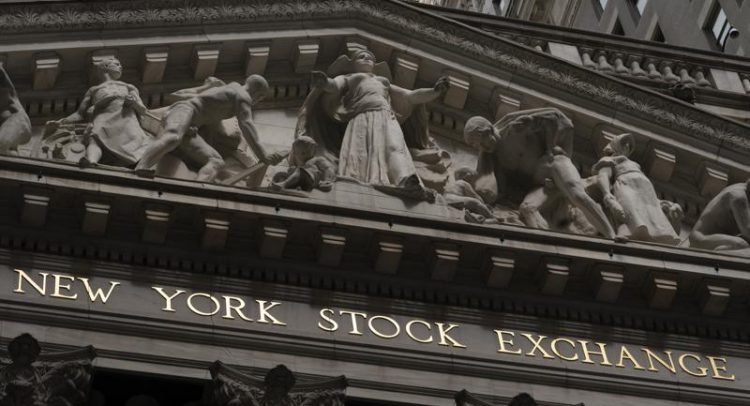 Markets have been wobbly all week as investors closely watch the labor markets for more signs of economic growth and consider any information that could give more clues about rising inflation. Labor costs rose at a 1.7% rate in the first quarter, up from the initial estimate that costs had fallen 0.3%. That could stoke more fears that inflation might run hotter than expected.

The early decline has erased all of the markets gains for the week.

Technology companies, whose pricey stock values make them more sensitive to inflation fears, were the biggest weight on the market. Microsoft fell 1.1% and Intel slipped 2.1%.

A variety of companies that rely on direct consumer spending and communications companies also had some of the biggest declines. Banks and energy companies rose.

Rising inflation is expected as the economy recovers from the pandemic’s impact, but the key question for many on Wall Street is whether it will be temporary or more permanent.

“The main concern in the markets, rightfully so, is inflation,” said Cliff Hodge, chief investment officer for Cornerstone Wealth. “Data points are beginning to confirm the view that inflation is likely to be more sticky.”

Wall Street will get more detailed data on the labor market Friday when the Labor Department releases its monthly jobs report. Economists are projecting that it will show employers added more than 650,000 jobs in May.

Expectations of a strong increase in hiring have stoked worries about inflation and how the Fed may respond to it. The concern is that the global recovery could be hampered if governments and central banks have to withdraw stimulus to combat rising prices.

Inflation worries are also butting up against the recovery seemingly shifting from a sharp rebound to a grind, which could mean more choppiness as the economy adjusts.

“When the rubber meets the road with the realities of reopening, we think we could be in for a rocky period,” Hodge said.

AMC Entertainment fell 25% after the movie theater operator said it would sell more shares following a huge run-up in its stock price on surge of interest from individual investors. The stock is still up about 2,000% this year.

General Motors jumped 6% after saying it expects earnings in the first half of the year to exceed its earlier forecasts as its efforts to manage a global computer chip shortage have worked better than expected,

Markets in Europe were lower while Asian markets were mixed.

FILE – The front of the New York Stock Exchange is shown, Monday, May 24, 2021. Stocks are opening lower on Wall Street Thursday, June 3, erasing the market’s gains for the week. (AP Photo/Mark Lennihan, File)