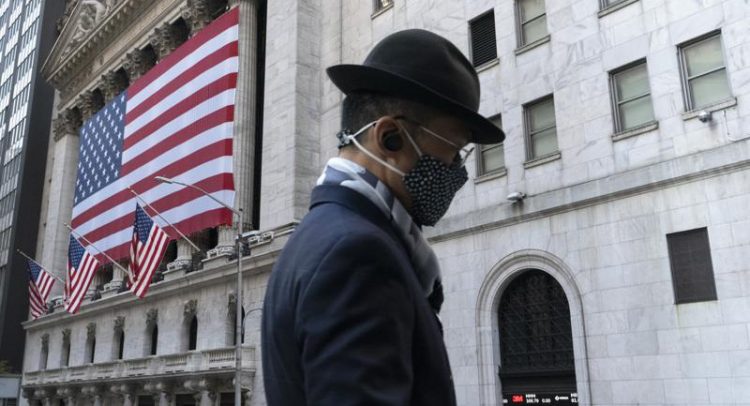 Stocks were moderately lower in morning trading Tuesday as investors reacted negatively to a report that once again showed inflation creeping higher as well as data that showed Americans slowed their spending last month.

The Labor Department said Tuesday that wholesale prices, driven by rising food costs, increased 0.8% in May and by a unprecedented amount over the past year as the U.S. economy emerges from pandemic lockdowns and pushes inflation higher. The monthly gain in the producer price index, which measures inflation pressure before it reaches consumers, followed a 0.6% increase in April and a 1% jump in March.

Investors will hear from the Federal Reserve on Wednesday, when the nation’s central bank will finish up its regular policy meeting. The Fed is not expected to raise interest rates in response to higher inflation this month, but investors will be looking for any clues to see if Fed policymakers are becoming concerned about the recent inflationary data.

There are some limited signs that inflation may be cooling in some parts of the economy. Lumber and copper prices have dropped from their highs a few weeks ago. Copper is now trading at an eight-week low.

The yield on the U.S. 10-year Treasury note remained steady on Tuesday after the data, trading at 1.51%.

Meanwhile retail sales fell in May, dragged down by a decline in auto sales and a shift by Americans to spend more on vacations and other services instead of goods. Total sales dropped a seasonal adjusted 1.3% in May from the month before, the Commerce Department said Tuesday. Wall Street analysts expected a smaller decline of 0.5%.

Part of the decline in retail sales had to do with supply chain issues, most notably the lack of semiconductors, which has cut into the availability of electronics and automobiles for months now.

FILE – In this Nov. 16, 2020 file photo a man wearing a mask passes the New York Stock Exchange in New York. Stocks are edging mostly lower in early trading on Wall Street Tuesday, June 15, 2021, a day after the S&P 500 and the Nasdaq hit their latest record highs. Technology stocks, which had led the gains a day earlier, were in the losing column. (AP Photo/Mark Lennihan, File)

May retail sales fell 1.3% as Americans spend less on goods