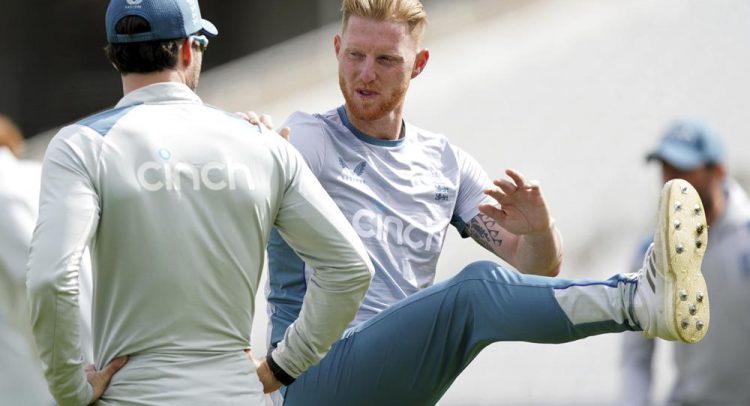 NOTTINGHAM, England (AP) — England captain Ben Stokes allayed concerns about his fitness after he was selected in an unchanged team for the second cricket test against New Zealand starting on Friday.

Stokes was seen holding his side and in conversation with the team doctor during a practice on Wednesday when he bowled only a few deliveries.

The allrounder was hampered by a side strain in the final two tests of the Ashes against Australia across December and January, while he missed most of 2021 while recovering from two finger operations, as well as because of mental health reasons.

Stokes, recently appointed as captain and looking to lead England to its first test series victory since January 2021, said he was simply “a bit stiff” and agreed with an assessment it was just wear and tear.

“It’s probably just being more sensible around training and stuff like that because when you get out there and cross that line, you want to do everything you can to help win a game for England.”

Stokes said he was in the team as a batting and bowling allrounder at Trent Bridge in Nottingham, where England will look to build on its five-wicket victory over the Black Caps at Lord’s last week.

He said he had no hesitation keeping faith with the same group of players once spinner Jack Leach was passed fit to play after going through concussion protocols following a head injury in the first test at Lord’s.

Leach suffered concussion symptoms following a heavy fall in the outfield on day one and was replaced by Matt Parkinson for the rest of the match.

“Jack Leach continued his seven-day mandatory concussion return-to-play protocol and is fit to play in the match,” England Cricket said.

New Zealand has yet to name its team but will be without allrounder Colin de Grandhomme, who has been ruled out of the series because of a tear in his right heel sustained in the first test.

The first test was tightly fought until Joe Root’s second-innings century got England over the line on the fourth day, and Stokes can see the same thing happening at Trent Bridge.

“I always find that with New Zealand, we are very evenly matched especially in English conditions,” he said. “Any overhead suits both of our bowling attacks.”

Summit of the Americas: U.S. announces multi-million dollar aid package for Central America, while IICA calls for a "hemispheric partnership" to tackle the food crisis

Biden’s inflation crunch: Too much shopping — even at beach