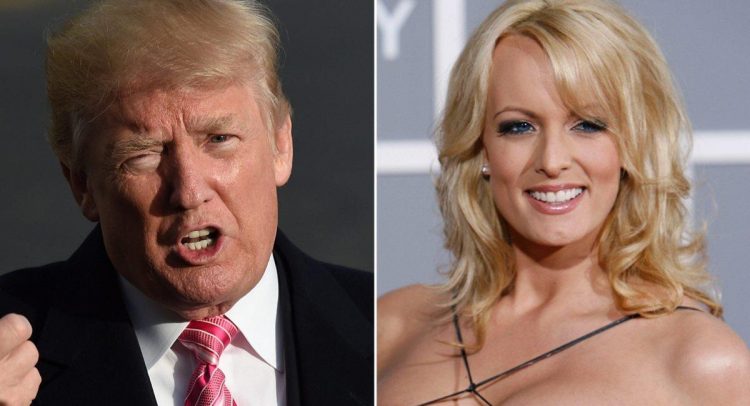 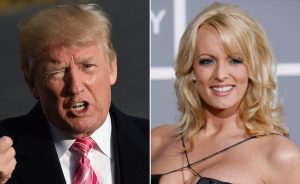 Stormy Daniels’ lawsuit against President Trump might not make its way to court, but it’s raised the specter of the allegations against him.

The adult film star — whose real name is Stephanie Clifford — claims her 2016 agreement not to discuss a decade-old affair with Trump is null and void because he never signed it.

Attorneys who reviewed the case, which was filed in Los Angeles, told the Daily News it might not be ironclad but puts the contentious agreement into the public realm. And doing so could chip away at Trump’s political capital.

“In essence, this is a tactic that I call a public relations complaint,” he said, adding that even if the suit fails “Ms. Daniels has put forward to the press to copy and publish the detailed allegations.”

Daniels’ lawyer, Michael Avenatti, said Wednesday that the adult film actress — whose affair with Trump, according to the lawsuit, lasted from 2006 to 2007 — just wants to tell the American people what happened, even if she has to surrender her $130,000 payout.

The lawsuit’s chances of success appear slim, however, because money changed hands and two of the three parties signed the accord, said New York-based lawyer Kevin Mintzer.

“It doesn’t look to me as though the prospect of success of this lawsuit are particularly high,” said Mintzer, who added he’s not familiar with California’s laws on the subject. “It seems like the parties acted in a way that they appeared to be bound by the agreement.”

If the case went to discovery, Trump would have to give a deposition, where it’s “more than likely that the true details, the accuracy of what transpired will emerge,” Moss said.

“All that has to happen is he gets deposed, that gets published and that’s a political ballgame,” he continued.

Mintzer acknowledged that Trump giving a deposition could be the possible play — if the lawsuit even gets to that point.

“That could be what is in their mind,” he said. “But, again, it’s unlikely that they’ll get that far.”

Moss said the precedent that a President can face a civil lawsuit was set roughly 20 years ago, when Bill Clinton was forced to give a deposition Paula Jones’ lawsuit against him during his second term.

While the scandal involves Trump, the actions his longtime attorney Michael Cohen took after the agreement was signed are a central focus of the lawsuit.

The lawsuit alleged Cohen coerced Daniels into signing a false statement earlier this year that denied a settlement ever took place.

“I think he is at risk of being disbarred,” Moss said. “By and large, attorneys cannot knowingly coerce someone to sign and publish a false statement.”

Cohen didn’t immediately return a request for comment, and suggested in a statement last month that he’ll stop any threats to his boss.

“Just because something isn’t true doesn’t mean that it can’t cause you harm or damage,” Cohen said. “I will always protect Mr. Trump.”

Avenatti, Daniels’ attorney, cast doubt on the suggestion that Cohen acted without informing Trump, his client, about the agreement or $130,000 payment.

Not letting the then-candidate know, he said on NBC News’ “Today, “quite honestly, I think, is ludicrous.”

Mintzer said a formal complaint against Cohen would require a disciplinary committee to look into the whole breadth of Cohen’s actions — far beyond what’s laid out in the complaint in Los Angeles.

Regardless, the lawyers said, such a lawsuit doesn’t bode well for the President’s standing.

“The whole thing is a continuing disaster for the President,” Mintzer said. “But in the context of the many disasters he’s facing and looking at, it’s hard to know where to rank this.”

Moss, who has helped file lawsuits against several government agencies, added the President could lose some of his ability to govern ahead of the midterm elections.