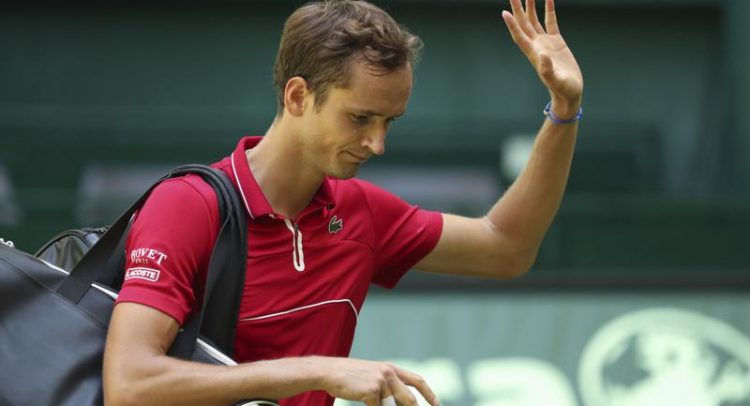 HALLE, Germany (AP) — Daniil Medvedev’s grass-court season got off to a bad start after the top-seeded Russian lost his first-round match at the Halle Open to Jan-Lennard Struff on Tuesday.

Medvedev was broken three times in a 7-6 (6), 6-3 loss. He was coming off reaching the French Open quarterfinals last week. Medvedev has yet to reach a tour final on grass and hasn’t gone beyond the third round at Wimbledon.

Struff goes on to play qualifier Marcos Giron in the second round.

Félix Auger-Aliassime earned a second-round match against 10-time Halle champion Roger Federer with his 6-3, 7-5 win over of Hubert Hurkacz.

Kei Nishikori booked his spot in the second round after beating Ricardas Berankis 6-3, 2-6, 6-2.