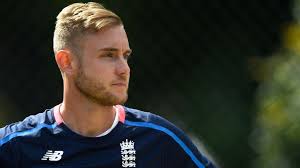 England bowler Stuart Broad says he has “a lot of cricket” left in him as he targets his 400th Test wicket in the two-match series against New Zealand.

Broad, who took 11 wickets in the 4-0 Ashes defeat in Australia, spent last month working on his bowling action.

The paceman, on 399 wickets, can become the second England bowler after James Anderson to take 400 in Tests when the first match starts on Thursday.

“I think sometimes I get painted as a slightly older cricketer just because I’ve been around for quite a long time,” Broad, who made his Test debut in 2007, told BBC Sport.

Broad finished the Ashes with a bowling average of 47.72 and recorded his worst Test figures of 0-142 in the third Test in Perth.

He spent February in the nets working on getting more side-on on in his delivery stride.

Since arriving in New Zealand, he has taken 1-46 and 2-36 in warm-up games against a New Zealand XI.

“This period in February was great for me: taking it back to the basics, getting away from all the technical side of cricket and just going back to what you did as a kid – trying things, playing with things, just trying to get the feeling back for what cricket is,” he said.

He said the two warm-up games were “encouraging”, adding: “I was beating the outside edge, I felt like I bowled with good pace and good bounce, and my rhythm to the crease just felt fresh.

“I felt like I had energy in my legs.”

He says there has been “no decision” on whether he will open the bowling with Anderson, with Chris Woakes and Mark Wood taking the new ball in the warm-up matches.

Speaking about potentially reaching the 400-wicket milestone at Auckland’s Eden Park he added: “It’s one of those achievements you can look back on in years to come with some pride.

“It’s not necessarily just about taking the individual wickets, it’s more about the length of time it takes and the dedication you’ve got to put in to be on the cricket field for that long to have the chance of taking 400 wickets.

“It’s one of those things that will be nice – but it will be much better if we can get a win in the first Test match.”

Mohammed bin Salman: Only death can stop me from ruling