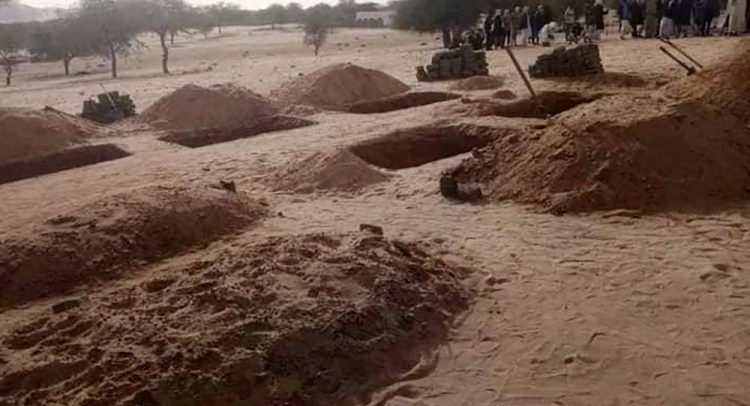 The country’s state-run mining company said workers and villagers were still searching the Darsaya mine for more bodies or possible survivors. The mine is located in the Fuja village, around 700 kilometers (435 miles) south of the capital of Khartoum.

The defunct mine collapsed earlier this week, killing at least 38 people, the company said Tuesday. It posted images on Facebook showing villagers gathering at the site as at least two dredgers worked to find possible survivors and bodies.

The Sudanese Mineral Resources Limited Company said the mine was not functional but local miners returned to work there after security forces guarding the site left the area.

Collapses are common in Sudan’s gold mines, where safety standards are not widely in effect.

Sudan is a major gold producer with numerous mines scattered across the country. The industry, however, suffered from years of mismanagement and corruption.

The transitional government has begun regulating the industry during the past two years.

In nearby North Darfur province, an unidentified armed group late Tuesday attacked and looted a warehouse for the World Food Program in the provincial capital of el-Fasher, said Khardiata Lo Ndiaye, U.N. humanitarian coordinator in Sudan. Local authorities in North Darfur imposed a curfew across the province starting Wednesday.

As many as 1,900 metric tons of food had been stored at the warehouse, meant to be distributed to people in need in the area, the WFP said.

“Such an attack severely impedes our ability to deliver to the people who need it the most,” she said.

Sudan is one of the poorest counties in the world, with at least 14.3 million people in need of humanitarian assistance, according to U.N. figures.

The attack on WFP’s warehouse came after another one on a former base for the U.N. peacekeeping mission in el-Fasher last week. The base, handed over to Sudanese authorities on Dec. 21, was also looted, the U.N. said.

People gather as victims from a collapsed gold mine are buried on Tuesday, Dec. 28, 2021 in Kordofan, Sudan. The defunct mine collapsed earlier this week, killing several people. The Sudanese Mineral Resources Limited Company said the mine was not functional but local miners returned to work there after security forces guarding the site left the area. (Sudanese Mineral Resources Limited Company via AP)

China urges US to protect its space station from satellites