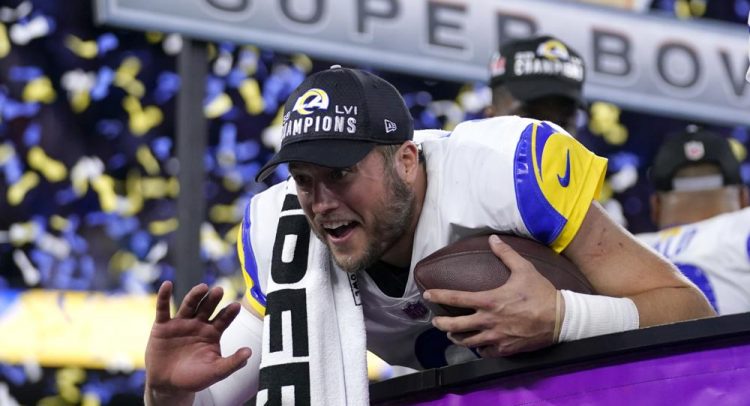 NEW YORK (AP) — An estimated 101.1 million people watched the Los Angeles Rams win the Super Bowl over the Cincinnati Bengals on NBC and Telemundo, up from 2021 and capping a stirring playoff schedule for the NFL.

Last year’s game had a television audience of 92 million, the lowest since 2006.

The game went down to the wire, like most playoff games this season, and competitiveness usually adds viewers. The game defied trends in television, which consistently sees viewership drop from year to year.

Nielsen said that 99.2 million people watched the game on NBC, and another 1.9 million on the Spanish-language network Telemundo.