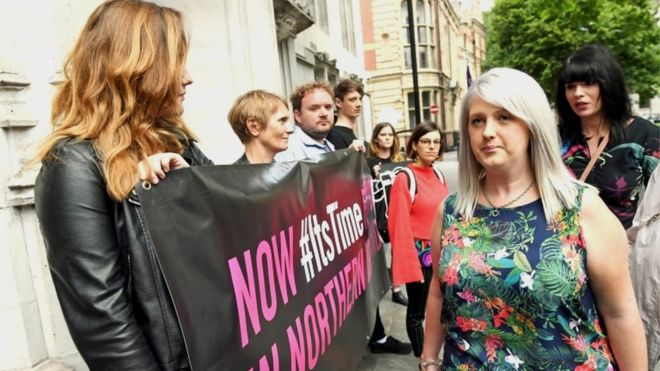 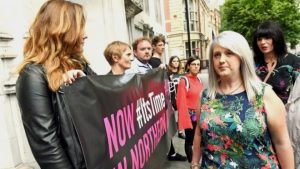 But a majority of judges said the existing law was incompatible with human rights law in cases of fatal foetal abnormality and sexual crime.

Unlike other parts of the UK, the 1967 Abortion Act does not extend to Northern Ireland.

Currently, a termination is only permitted in Northern Ireland if a woman’s life is at risk or if there is a risk of permanent and serious damage to her mental or physical health.

The commission lost on the issue of whether they had the required standing to bring the case, and analysts suggest the defeat came because of a technical legal point.

What a bizarre set of circumstances.

On the one hand, the case was dismissed while, on the other, a majority of Supreme Court judges said that Northern Ireland’s abortion law is not compatible with human rights.

So where does that leave Northern Ireland?

While the case’s dismissal means the government is not obliged to change the law, the seven judges have given a strong nod that reform is needed.

Is this a victory for those who want change? They would argue so, because a majority of judges said the state of the law is “deeply unsatisfactory”. Those are significant words.

However, those who argue the law should stay the same will take comfort that the majority of judges agreed the NIHRC didn’t have the right to bring the case.

While a clear-cut decision would have been welcomed, that hasn’t happened. For those at the heart of this – women and medics – the dilemma remains.

Search on for missing men