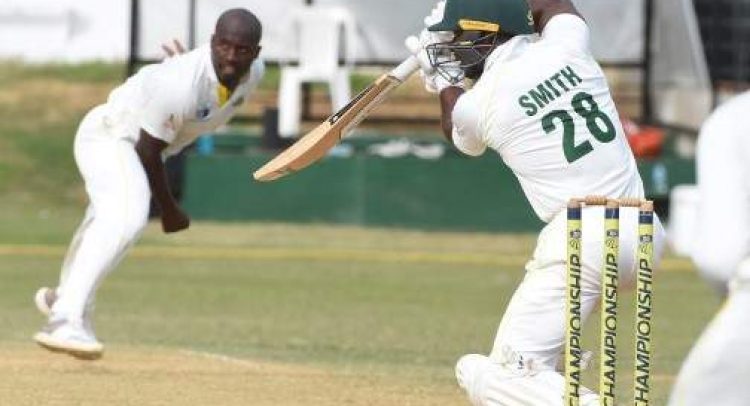 JAMAICA Scorpions swing bowler Derval Green, unfazed by the probability of biosecure restrictions for next month’s regional 50-over tournament, is longing for competitive cricket.

“The greatest thing is that we are about to play cricket again. For any sport person, if you’ve been out for a while then definitely you are just happy to be back,” Green, 32, told the Jamaica Observer.

“We just have to be grateful, although obviously it is going to be different from the norm in terms of how we practise and compete,” the Jamaican said.

Since the novel coronavirus pandemic cut short the 2019-20 season in March not a ball has been bowled in any regional competition run by Cricket West Indies.

It is expected that the upcoming Super50 tournament — set for Antigua — will be staged with strict adherence to biosecure arrangements to reduce the risk of spreading the virus.

The movements of players and officials may be restricted to hotel rooms and match and training venues.

“This is something that we love, so because so much time has passed [without playing] we are going to be anxious. The other stuff we can overcome — in terms of the whole changes due to COVID-19,” Green reiterated, in reference to the likely trade-offs.

“I don’t think I’ll have a problem. It [living in a bubble] may be for like a month, so it’s not something that can’t be endured for a short time,” he explained.

Green had an unremarkable Super50 last season as the Scorpions failed to advance from the group stage. He took eight wickets with a best of 2-51, and made a top score of 22.

But he was one of the Scorpions’ top performers in the four-day campaign that followed, excelling with bat and ball as the team finished third behind champions Barbados Pride.

Due to health protocols outlined by the Jamaican Government, there has been no local cricket competition in close to a year. The Scorpions, under the guidance of Head Coach Andre Coley, are only allowed to train in small groups instead as a full squad to limit the chance of virus exposure.

“I’m just looking forward to getting back out there and playing cricket, if selected for the Scorpions for the Super50.

“In terms of fitness we’ve been making great strides…we’ve been doing a lot of background training since September and it has been good in the gym in terms of strengthening and conditioning. In terms of general fitness all the guys should be ready,” Green told the Observer.

The Scorpions squad is expected to be announced this week.