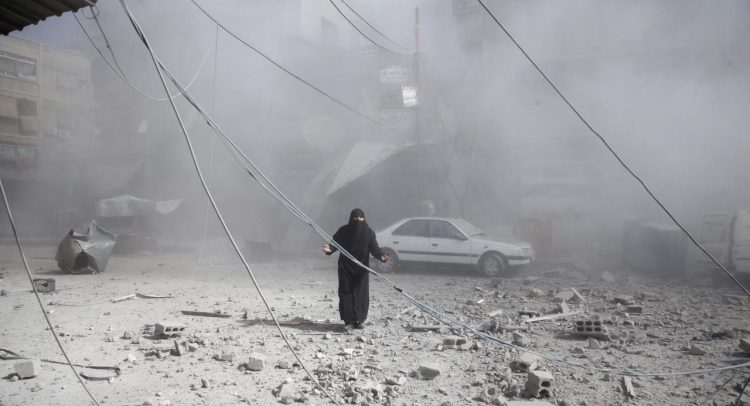 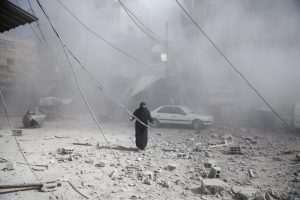 Syrian government air strikes killed 59 civilians, including 15 children, and injured 139 others on Thursday, the fourth day of attacks against a rebel-held region, a war monitor reported.

Warplanes pounded various parts of eastern Ghouta, a besieged pocket of satellite towns and farms near the Syrian capital of Damascus, according to the Syrian Observatory for Human Rights, a Britain-based monitoring group.

There was no immediate comment from the Syrian army.

The death toll rose after the bombing of a market in the village of Arbin, where air strikes killed 21, including nine children and three women, the monitor said.

The International Committee of the Red Cross in Syria expressed distress at the deteriorating security and humanitarian conditions in the area.

“Thousands are struggling to survive without aid, or a safe place from the line of fire” in eastern Ghouta, it said in a tweet.

The Syrian government has repeatedly said it only targets militants.

In Damascus, shelling of the old city quarter by rebel factions in eastern Ghouta killed two civilians and damaged houses and properties.

The United Nations called on Tuesday for an immediate humanitarian ceasefire in Syria of at least a month.

US Congress to vote on budget amid immigration concerns