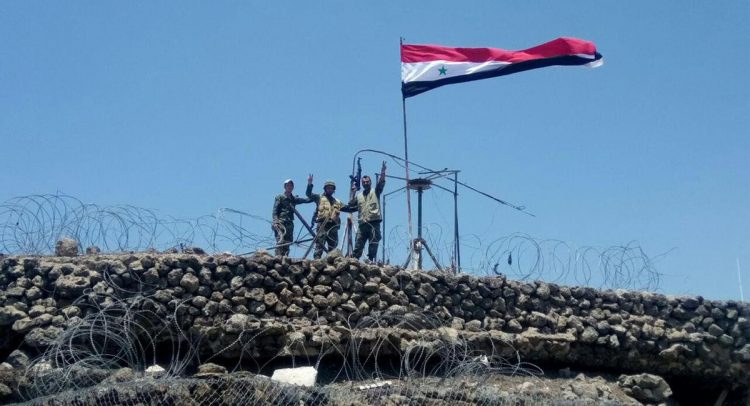 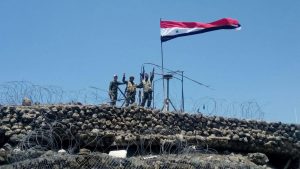 Syrian rebels have reached an agreement with government forces to leave the strategic area of Quneitra along the border with the Israeli-occupied Golan Heights, Syria’s official SANA news agency reported.

Citing reports, SANA said the agreement “stipulates the departure to Idlib of terrorists who reject the settlement”, and allow those who wish to remain to “settle” their status with the authorities, meaning accepting a return of Syrian President Bashar al-Assad’s rule.

In recent days, government forces regained control of strategic parts of Quneitra, leaving only a few pockets of the province under rebel control.

The UK-based Syrian Observatory for Human Rights (SOHR) confirmed the report, adding that “the deal provides for a ceasefire, the handover of heavy and medium weapons and the return of government institutions in the area.”

Reuters news agency said it obtained a document of what a rebel source purports to be the final agreement – which includes a provision for Russian military police to accompany two Syrian army brigades into a demilitarised zone agreed upon with Israel in 1973 along the occupied Golan Heights.

Israel had earlier raised alarms that the Syrian government would allow the presence of Iranian troops along its frontiers.

US President Donald Trump announced earlier in the week after meeting Russian President Vladimir Putin that Washington and Moscow had agreed to coordinate efforts in order to ensure Israel’s security.

Putin, the Syrian government’s key ally in the nearly eight-year war, cited the need to restore the situation along the Golan borders to the state that prevailed before the outbreak of the Syrian crisis in 2011.

On Tuesday, troops loyal to Bashar al-Assad launched an intense bombing campaign on the densely populated southern town of Nawa, killing at least 14 people and wounding more than 100, according to activists and rescuers.