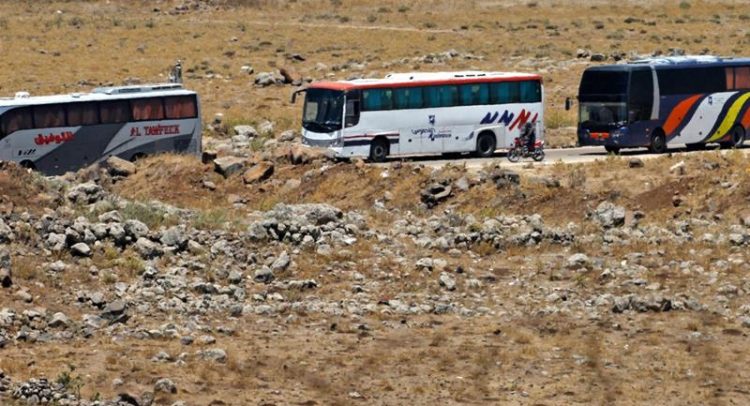 Syria’s war: Evacuation of rebels from Quneitra set to begin 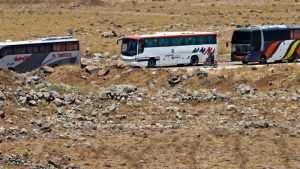 The evacuation of rebels to opposition-controlled areas in northern Syria is expected to begin on Friday, Syrian state media said.

Ten buses gathered outside the Um Batina village in the southern province of Quneitra late on Thursday after a deal was struck between rebels and pro-government forces, according to the Official SANA news agency.

The deal “stipulates the departure to Idlib of terrorists who reject the settlements,” and allow those who wish to remain to “settle” their status with the authorities, meaning accepting a return of Syrian President Bashar al-Assad’s rule.

The UK-based Syrian Observatory for Human Rights said that buses would likely be picking up people from multiple locations in the strategic Quneitra province – which adjoins the Israeli-occupied Golan Heights – but that it remained unclear how many fighters and civilians would ultimately be evacuated.

Hammam Dbayat, the governor of Quneitra, similarly said that the relocation would take place on Friday but that he could not provide an exact figure as to the number of evacuees, adding that the government had so far prepared 45 buses.

“We are ready to move the militants out of the area, and if it is completed, we will immediately provide the necessary services to residents, including electricity and water,” Dbayat told Reuters news agency on Friday.

“We are awaiting the start of the operation and, God willing, it will happen today.”

A Syrian army offensive launched earlier in June has managed to retake much of southern Syria’s Deraa and Quneitra provinces, previously in rebel hands.

With Russian backing, the relentless aerial bombardment campaign forced the opposition into a succession of surrender deals that left them with little choice but to move to rebel-held territory in the north – notably Idlib province – or accept a return to Assad rule.