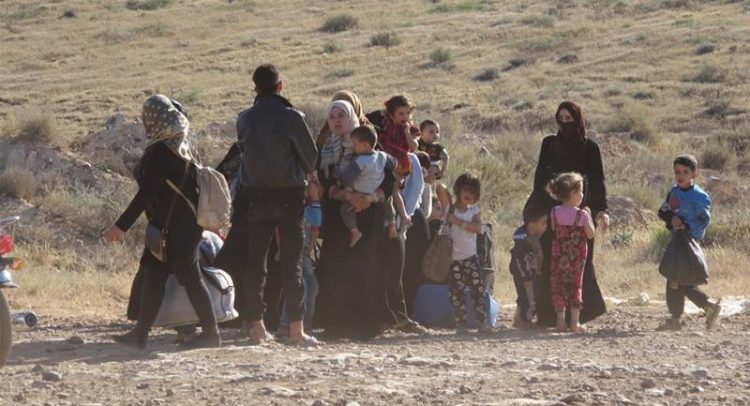 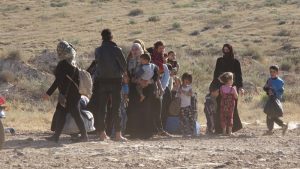 The United Nations is “deeply alarmed” about the government offensive in southern Syria, which is forcing thousands of families to flee their homes and has caused civilian deaths.

About 270,000 have fled, the UN said, with tens of thousands currently stuck by the border with Jordan after the Russian-backed government offensive began to recapture rebel-held southwestern Deraa province.

According to the UN, nearly half of the displaced are children.

“This is the largest population displacement in southern Syria since the onset of the crisis,” Anders Pedersen, UN Resident and Humanitarian Coordinator in Jordan, wrote in a statement on Wednesday.

Jordan’s Foreign Minister Ayman Safadi said on Wednesday that dozens of trucks were waiting for Syrian permission to supply humanitarian aid from Jordan to Syria.

Safadi was speaking at a news conference following talks with his Russian counterpart Sergei Lavrov in Moscow.

Amman has kept its borders shut for the new wave of refugees from Deraa, as the country says it is unable to host additional Syrians.

Jordan currently hosts more than 650,000 of the 5.2 million Syrian refugees spread across the region, according to the UN refugee agency (UNHCR).

However, the Jordanian government puts the number at 1.3 million, as the UNHCR only counts registered refugees, whereas Amman includes Syrians who have not received UN asylum.

The UN has dispatched humanitarian assistance over the past two months and has been helping to provide essential supplies such as food, water, soap and medical equipment with extra supplies prepared in case for further escalation in conflict.

Children are at particular risk of dehydration and diarrhoea, Pederson noted.

“The United Nations reiterates its readiness to assist as much as needed but, at the same time, it also reminds all responsible parties that our effectiveness depends on facilitation of the provision of humanitarian aid and protection to people in need, in line with the parties’ obligations under international humanitarian law,” Pederson wrote.

“The United Nations reminds all states and parties involved in the conflict that a delay in responding to the worsening humanitarian crisis could only lead to catastrophic results.”

Since the war in Syria began in 2011, Jordan, Turkey and Lebanon have shouldered much of the responsibility in hosting Syrian refugees.

Permanent secretary in ministry of agriculture, Alistair Edwards, is special guest on working for you on Wednesday, July 04