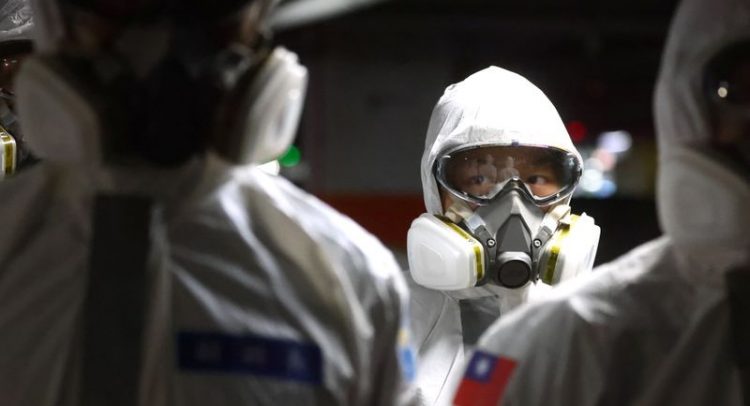 Taiwan, which has kept the pandemic well under control thanks to early and effective prevention methods, has been unnerved by new domestic transmissions, first in December and now in a hospital in the northern city of Taoyuan.

It has reported 868 cases, the majority of which were imported, including seven deaths, with 102 in hospital being treated.

The Taiwan Lantern Festival, an annual celebration to mark the end of the upcoming Lunar New Year in mid-February, will be cancelled this year because of COVID-19, the Ministry of Transportation and Communications said, citing the recent local infection cases.

“This is a tough decision, but pandemic-prevention is our top priority,” Transportation Minister Lin Chia-lung told reporters.

The festival, which features oversized lanterns and fireworks displays, attracts hundreds of thousands of visitors every year and has become a major selling point for the government to attract tourists from overseas.

Lin Chih-chien, mayor of the northern city of Hsinchu where the festival was to be held, said several technology companies there had asked the government to cancel the event, citing concerns of a local outbreak curtailing production at a technology hub that hosts firms including the world’s largest chipmaker Taiwan Semiconductor Manufacturing Co Ltd.

The announcement came shortly after Taiwan reported four locally transmitted cases of COVID-19, the most since Feb. 29.

All four cases are related to the Taoyuan hospital outbreak and Taiwan’s health ministry is planning to move more than 200 patients out of the hospital into isolation wards.

Taiwan’s military has also sent chemical warfare specialists to help with disinfection work at the hospital.

“We strongly recommend that large-scale events be cancelled,” Health Minister Chen Shih-chung told a separate news conference. “The situation is under our control at the moment because the cases can be clearly traced.”