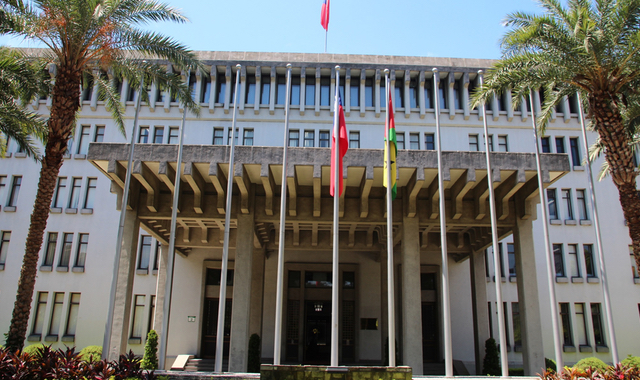 Basseterre, St. Kitts, 1st May, 2018 (MyVueNews.com) – The Government of the Republic of China (Taiwan) has cut diplomatic ties with the Dominican Republic (DR), after the DR switched its diplomatic relations to China.

The termination of diplomatic relations comes as a result of the DR being enticed by mainland China, the Government of Taiwan stated.

Over a period of time, the emerging relationship between the DR Government and China became increasingly evident. According to Taiwan, DR President Danilo Medina made two trips to China in 2016, while still having ties with Taiwan.

The ROC release expounds, “Without concern for long-established ties, the wishes of the Dominican people, or the years of developmental assistance provided the nation by Taiwan, the administration has accepted over-blown promises of investment and aid by China.”

In 2017, Taiwan dispatched high-level officials to the Dominican Republic to “bolster relation”, a move that resulted in the signing of a Memorandum of Understanding on cooperation.

However, the ROC Government said, “In recent weeks, we started to notice growing signs of the Dominican Republic’s willingness to establish diplomatic relations with China.”

As a consequence, the ROC Government stated, “The Ministry (of Foreign Affairs) condemns China’s contemptible decision to use dollar diplomacy to wrest away Taiwan’s diplomatic allies, and its heavy-handed methods of suppressing Taiwan’s international participation. Beijing’s crude attempts at foreign policy can only drive a wedge between the two sides of the Taiwan Strait, erode mutual trust, and antagonise the people of Taiwan.”

The ROC Government also took the opportunity to warn about China’s track-record on  promises made to countries in exchange for their support.

The document states, “MOFA wants to use this opportunity to remind the international community of the lack of follow-through on China’s promises to former diplomatic allies of Taiwan. This is exemplified by China’s failure to deliver on a pledge of US$1 billion in assistance to Costa Rica to build a refinery and $400 million to construct highways when it established ties with the country in 2007.”

It continued, “More recently, since establishing relations with Sao Tome and Principe in December 2016, it has failed to uphold its pledge to provide US$140 million in aid. Agreed-upon plans to build an airport and deepen a harbour have also been shelved.”

Additionally, it states, “As former US Secretary of State Rex Tillerson once said, Beijing encourages dependency using opaque contracts, predatory loan practices, and corrupt deals that mire nations in debt and undercut their sovereignty, denying them their long-term, self-sustaining growth. Developing nations must beware of the danger of falling into a debt trap when engaging with China.”

Taiwan said that although the nation faces serious diplomatic challenges, the Government and people will not bow to China’s pressure.

“We will work with friendly nations to fight for and solidify regional peace and stability, and ensure our rightful place in the international community. The nation’s diplomats, meanwhile, will continue to fight to defend the nation’s dignity and rights,” the ROC affirms.

Photo: The Ministry of Foreign Affairs in Taiwan.

ILO, CEC, CCL and EU joint message on the occasion of International Labour Day- 1 May 2018