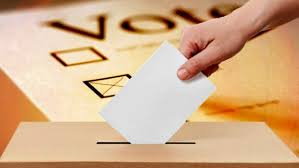 Taking on the Electoral Reform challenge

The Concerned Citizens Movement which is making electoral reform a key priority, has given itself some tough challenges.

“Our aim is to stand as a defender of our country, upholding its democratic principles. To be a voice for the voiceless and to be championing the cause of injustice without fear or favour. Our vision is to ensure that Dominica remains a Democratic country irrespective of age, gender, social background, economic status or political affiliation, in so doing, ensuring that Dominicans will be able to enjoy his or her constitutional rights,” the CCM says while articulating its intention to continue its electoral reform campaign.

According to the organization it has already taken its campaign to several constituencies, with the Marigot area next on the agenda.

“This Saturday 10th March from 5pm the Concern Citizens Movement will be at Weirs Flat Marigot; and the junction called Central in Wesley from 7:30 pm. We are inviting all persons from the neighbouring communities i.e. Concord and Woodford Hill communities to attend this important event and come prepared to share your concerns, suggestions or comments at this event through our open mike session”.

The organization is seeking public support to accomplish its goal of electoral reform: “Through words and actions, we are calling on Patriotic Dominicans to help echo the call: – ‘There will be no general elections without the necessary electoral reform’”.