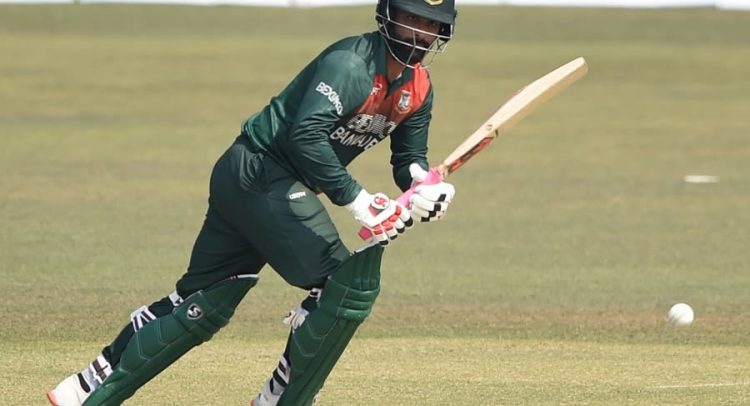 Tamim Iqbal’s strike rate is the sacrifice he makes for his team’s needs, and he’s been doing it for over a decade now.

Tamim spent 28 overs at the crease during the third ODI against West Indies. He made 64, and was one of four half-centurions in Bangladesh’s innings. His strike rate, over 80 balls, was 80.00. He hit three fours and a six.

Those numbers aren’t those of a dasher, someone who goes after the bowling whenever he pleases, someone whose dismissal won’t have a major impact on his team’s position or the mood of his dressing room.

Those numbers, instead, are those of a senior opening batsman performing a specific role in the side, a batsman who can set a platform to allow the middle-order batsmen to play their shots. It’s the role Tamim has played for a number of years now, but it hasn’t always received the appreciation of the wider public. There’s an expectation that he should bat in a more carefree manner, especially with all the strokeplayers around him who have scored at attractive strike rates especially over the last couple of years.

Last year, after Tamim made 24 off 43 balls in the first ODI against Zimbabwe, Bangladesh’s then batting coach Neil McKenzie explained why his role was so important to the team. In the following two games, Tamim made 158 and an unbeaten 128, finishing with 100-plus strike rates in both innings. But his starts are usually watchful, and he usually denies himself the license the likes of Liton Das and Soumya Sarkar have to express themselves freely.

That role, of going hard at the bowling right from the start, used to be Tamim’s early in his career. It’s likely he himself has forgotten when he stopped being that sort of batsman and became the responsible senior.

It was important Tamim played himself in even in a game of little consequence like the third ODI against West Indies, because Bangladesh lost Das and Najmul Hossain Shanto by the ninth over. Using all their experience, Tamim and Shakib Al Hasan added 93 runs for the third wicket, which ensured that those coming next, Mushfiqur Rahim and Mahmudullah, had the security of a solid start, and enough tiredness in the bowlers’ and fielders’ legs, to go for quick runs.

In the 22 overs following Tamim’s dismissal, Bangladesh smashed 166 runs, to finish on a formidable 297 for 6. They eventually won by a whopping 120 runs, and while the rapid half-centuries of Mushfiqur and Mahmudullah deserve a large share of the credit for that margin of victory, it’s important to acknowledge the foundation laid by Tamim as well. That platform needed to be built from scratch. It is not a pretty job, but it’s a vital one, particularly in a team like Bangladesh whose top order, Tamim apart, isn’t always the most durable.

This plan came into being under Mashrafe Mortaza back in 2015, and it has worked more often than not. It wasn’t the duty of any one of the top three to play this anchor role. It was always Tamim who was marked out to bat through as many overs as he could, and ensure he passed the baton to one of the three senior middle-order batsmen.

Among the 36 ODIs in which Tamim has scored at least 50 and Bangladesh have gone on to win, 22 have come in the last six years.

It wasn’t always like this for Tamim. In 2007, he was marked out as the big-hitting opener who could take advantage of the first powerplay. His breakout innings against India during the 2007 World Cup, involved a lot of hoicking and stand-and-deliver shots, but he has come a long way from that version of himself.

A quick look at the revolving door of his opening partners and the unstable No. 3 position over the years will also tell you why Tamim has had to cut down on his free-flowing strokeplay, and bat more responsibly. If Tamim hadn’t done so, it may not have hurt him too much at an individual level, but Bangladesh may have remained a more mercurial side.

Successive coaches since Jamie Siddons, under whom Tamim evolved considerably as an opener, have always relied on him to provide early solidity. Under Chandika Hathurusingha, a mature Tamim guided the ODI, Test and T20I line-ups with a mix of caution and aggression.

This method has gained even more importance in the last three years as a string of batsmen have failed to hold on to their positions in the top order. It forced Steve Rhodes, who was Bangladesh’s coach from 2018 to 2019, to agree with Shakib and promote him to No. 3 during the 2019 World Cup. The decision was a raging success, but the fact that Russell Domingo, the current coach, wanted Shakib to bat at No 4 suggests Bangladesh still feel the need for a sturdier middle order.

Tamim finishes his first ODI series as the designated, non-temporary captain with scores of 44, 50 and 64, and though they came against a feeble West Indies side, all his contributions have been significant. It is unlikely that the current or any future team management would let him go back to his old style, and while that may cause some of his fans to heave a nostalgic sigh, they’ll come to understand why he’s put away some of the flashy shots of his youth.

Main Photo: Tamim Iqbal taps one to the leg side AFP via Getty Images