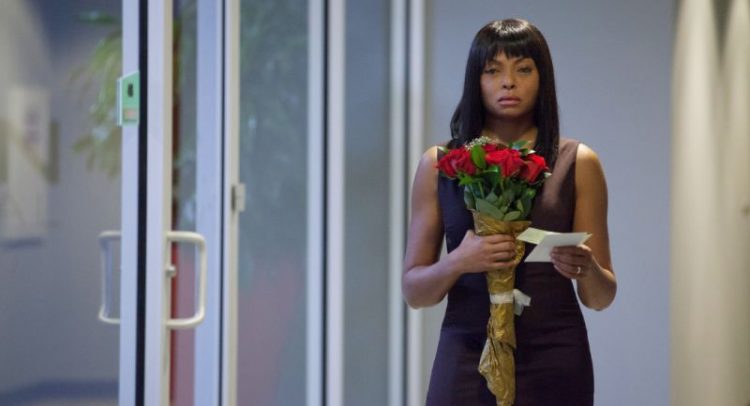 Taraji P. Henson has a message for men in the #TimesUp era: ‘Speak up’ 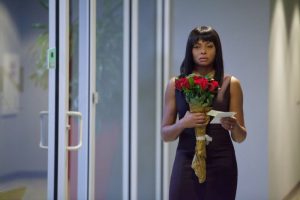 If you’re a man in the entertainment industry — or, for that matter, any industry — trying to figure out how you can best contribute to the #MeToo movement, Taraji P. Henson has two simple words of advice. “Speak up,” the star of Tyler Perry’s Acrimony tells Yahoo Entertainment. “Ask what your counterpart is making, or request women on the sets where you work. It takes us all, you know?”

Certainly, women have been leading the way since previously suppressed stories of sexual harassment and abuse have spilled over into the public view, whether it’s been through coordinated red carpet campaigns or moving testimonials that resonate with righteous fury. “I hope it’s not a fad,” Henson says of Hollywood’s still-ongoing round of truth-telling. “What I’m seeing is great, so let’s just continue to keep it this way. We’ve been in good ways in this country before, and then find ourselves going backwards. I’m like, ‘Hollywood can keep moving forward.’”

As Henson tells it, it was a man speaking up that, in part, helped change her own career. Ten years ago, she landed a key role in the David Fincher-directed drama The Curious Case of Benjamin Button opposite Brad Pitt as the title character — a man aging in reverse. It was one of her most high-profile roles… and the lowest-paying. In her 2016 memoir, Around the Way Girl, Henson called her take-home salary “the equivalent of sofa change,” although she stresses that she didn’t expect to be making the same amount as Pitt. “I just wanted it to be fair,” she says now. “I asked for what I honestly thought I deserved at that moment. I wasn’t being greedy, and I didn’t ask for a million dollars. But sometimes you’re rewarded in other ways — it didn’t come with a paycheck, it came with an Oscar nomination!” (Henson was nominated for Best Supporting Actress at the 81st Academy Awards, but Penelope Cruz took home the statue that year for Vicky Cristina Barcelona.)

While the actress took solace in her Oscar nod, writer-director Tyler Perry didn’t let her slide backward on her conviction to request a salary commensurate with her skills. Henson first worked with the filmmaker on The Family that Preys, which opened three months before Benjamin Button. When Perry reunited with her the following year for I Can Do Bad All By Myself, he ensured she got more — much more — than sofa change. “He told me exactly what to ask for,” Henson remembers. “What’s so crazy is that this is a man who writes checks! He’s a studio executive; he knew I deserved that.”

Henson’s star, and salary, has only grown larger since 2009, thanks to appearances in hit movies like The Karate Kid remake and Hidden Figures, as well as the TV blockbuster Empire. So there’s little question that Perry happily wrote his star a big check for their third collaboration, which opens in theaters on March 30. Acrimony casts Henson as Melinda, whose decadeslong marriage to amateur inventor Robert (Lyriq Bent) is on the rocks due to his various betrayals and single-minded focus on his own success. But Melinda isn’t without her own issues: She’s surrounded by family members who enable her to make bad decisions, and also possesses an inner rage that can boil over in spectacular ways.

Knowing that it would be all too easy for viewers to casually dismiss Melinda as an angry black woman, the film makes a point of explicitly addressing that stereotype early on in a scene between her and the therapist she’s been mandated by the court to visit. As she tells her story, we come to understand the roots of her anger, and why it’s a natural response to her specific circumstances. “Just because I’m passionate, you can’t call me an angry black woman,” Henson says. “Women are deemed as whining, but if a man’s not satisfied, he’s going to complain. If you’re quiet, it won’t get fixed you know? You don’t get to judge what I’m passionate about and how I express myself. I don’t know where that came from — some insecure man, somewhere!”\

Any insecurity on the Acrimony set came from Henson herself, largely due to the fact that she had to film her entire role in five days in between Empire episodes. (The entire movie was shot in a mere eight days.) “I couldn’t have done this film 10 years ago,” she admits. “I’m able to do it faster now, because I’ve had so much practice. Once upon a time, I needed time to get into character, but I’ve proven to myself that I can work really well under pressure. That scene in the psychiatrist’s office is very long, and Tyler did it all in one continuous shot. I didn’t have the luxury of messing up, so that was a lot of pressure. I handled it like a champ, but at the time it was very scary! Only for Tyler.”