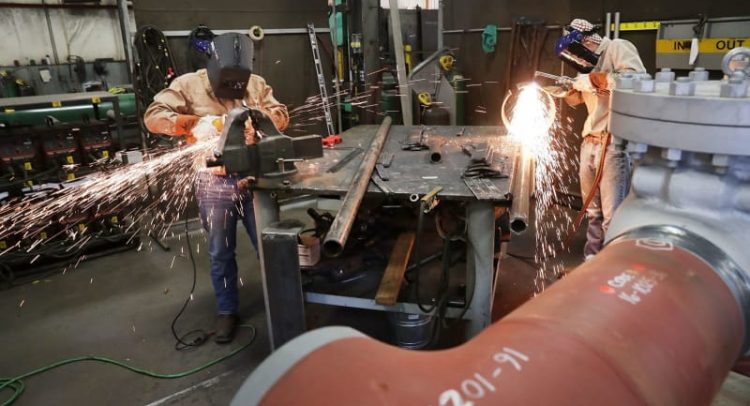 Manufacturers across the United States are worried about President Donald Trump’s trade policies, which many blame for higher prices and supply disruptions, according to a Federal Reserve survey released Wednesday.

For the moment, the extent of any pass-through to consumer prices was “slight to moderate”, according to the Fed’s “beige book” survey of the economy, although this was expected to intensify in some areas.

Trump has shown no sign of tapping the brakes in a trade war with the principal US economic partners, with scores of billions in imports now subject to border taxes and more likely on the way.

The policy has alarmed Republican leaders and US industry, who fear lost markets and rising prices, and drawn sharp retaliation from outraged allies.

“Manufacturers in all districts expressed concern about tariffs and many districts reported higher prices and supply disruptions that they attributed to the new trade policies,” the Fed survey said.

“Tariffs contributed to the increases for metals and lumber,” it added. “However, the extent of pass-through from input to consumer prices remained slight to moderate.”

The White House on Wednesday said Trump’s goals were further in the future, while the beige book looks at the “short term.”

The Fed survey, which gathers accounts of economic activity from businesses in the central bank’s 12 regions, was completed July 9, meaning the effects of Trump’s trade policies were still beginning to filter through to domestic markets.

The report otherwise portrayed an economy in good health, growing for the most part at a “moderate or modest” pace, and with a tight labour market pressuring employers to raise wages as they struggle to find workers.

Growth was “strong” in the Dallas region, an energy hub which has been boosted by rising oil prices, but trade uncertainty “weighed on outlooks.”

An energy industry lobby group this week complained the Trump Administration had declined to exempt key oilfield products from tariffs on metals.

In the Midwest, growth was “slight” in the St Louis region, while in the Chicago district, which is particularly vulnerable to retaliatory tariffs on US farm goods, the economy “slowed to a modest pace” and the outlook for the agricultural sector “dimmed”, according to the report.

The disruptions caused by the aggressive trade policies come at a time businesses already are being squeezed by mounting pressures to increase pay and benefits as they continue to struggle to find workers in a tight labour market.

Half of the 12 districts reported a shortage of commercial drivers, which they said was holding down trucking capacity.

In the Saint Louis district, a shortage of drivers and rising fuel prices drove “robust increase” in shipping costs across all industrial sectors.

Rising fuel and metals costs in the Cleveland region were eating into margins for local manufacturers as well as construction and transportation firms.

Still, despite the widespread labour shortage, wage increases on the whole were “modest to moderate”, with only a few districts noting faster gains.

In congressional testimony earlier Wednesday, Fed Chair Jerome Powell said the central bank is hearing a “rising chorus” of concern among businesses, many of which were already suffering from the trade war, which is impacting investment decisions.

Hats Off To Gayle, Patterson