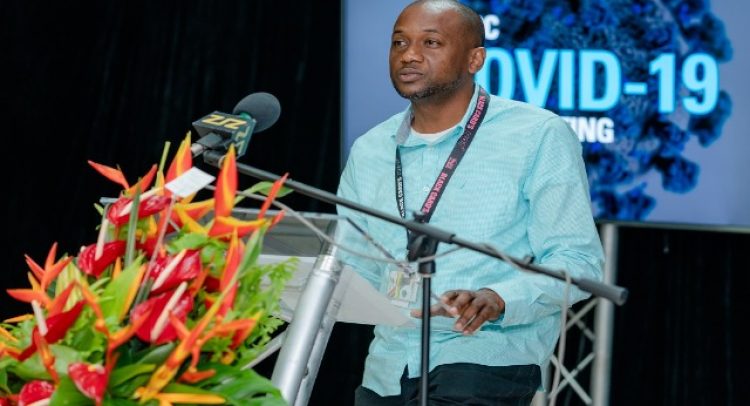 Basseterre, 26th May, 2020, (MyVueNews.com) – Since the announcement of the election date in St. Kitts and Nevis, to a large measure, many have become complacent regarding guidelines related to social distancing.

This has become evident in many quarters. Supporters of political parties have been seen gathering in large groups. Others have been observed not wearing masks.

The use of hand sanitizers is still being widely used, but the level of usage has, at the same time, dropped.

All this is cause for concern, not only by the National Task Force for COVID-19, but citizens generally, whose health and lives could be at risk, if the previously established protocols are not adhered to, in accordance with the best practices that the medical experts had outlined.

But it seems like the Chairman of the task Force is also concerned about the ambivalence being displayed by growing numbers of citizens.

He said, “While visiting the beach I saw that some persons were exercising the physical distancing while others were just simply lapsing in carrying out their civic responsibility.”

Samuel again issued an appeal to residents, “So again, let me make that appeal to everyone to continue to remain vigilant in the fight against the COVID-19 virus.”

Mr. Samuel noted that proper management of a possible second wave of the COVID-19 virus is dependent on individuals’ behaviour, noting that a second wave can be much worse than the first.

The chairman appealed to citizens and residents to be extra careful when visiting the beaches as it is not business as usual. He noted that on a recent visit to the beach, persons were seen breaking the safety protocols outlined in the COVID-19 Regulations and encouraged them to desist.