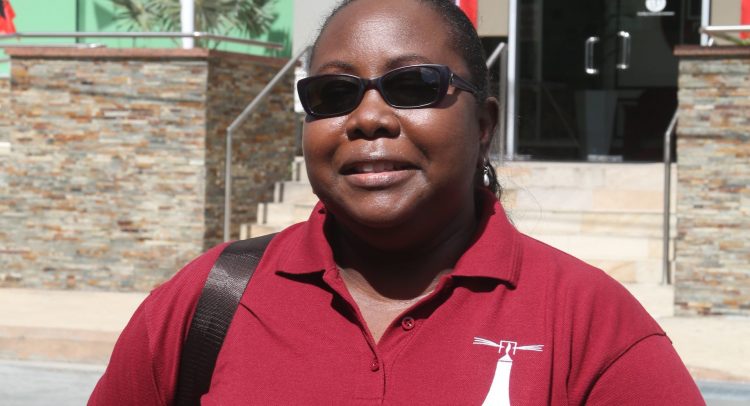 Teachers not backing down, still boycotting classes as school reopens

The Trinidad and Tobago Unified Teachers’ Association (TTUTA) is set and ready to boycott school reopening today as it called on its members to use the day to rest and reflect.

There had been calls by several other stakeholders in the education sector for teachers to have a change of heart and not disappoint the children on the first day of school, but the TTUTA president Antonia Tekah-De Freitas said yesterday—on the eve of the new academic school year—her membership is enthusiastic to make its stand today.

“Enough is enough. They are all ready. They’ve been waiting for a long time and this will just be the first of many courses of action,” Tekah-De Freitas said.

But the TTUTA president said the day is meant for more than just teachers.

“It’s about reflecting on what we as a country see as the value of educators and the value of education to Trinidad and Tobago. Is education an investment in human capital? Or is it something merely to be funded to allow children to be in a space while the parents work?” she said.

The call to boycott the reopening of the new academic year comes as the union rejects the four per cent wage increase offer placed on the table by the Chief Personnel Officer (CPO). The TTUTA head said this proposal equated to just a $200 or less increase for teachers at a time when the cost of living is increasing.

“What can we really do with that given the rising cost for goods and services,” she said.

“The cost of fuel has increased by four times already in the last few years.”

Although the union is making a stance, Tekah-De Freitas said they are not closed off to further discussions with the CPO.

In a statement on Saturday, The Joint Trade Union Movement (JTUM), National Trade Union Centre (NATUC) and the Federation of Independent Trade Unions and NGOs (FITUN) gave their full support to TTUTA’s response to the CPO.

Minister of Education, Dr Nyan Gadsby-Dolly said last week she is confident teachers will act in the best interest of their students. Guardian Media reached out to the Minister yesterday to inquire about contingencies put in place to supervise children, however, a response was not provided up to press time.

The Concerned Parents’ Movement (CPM) and National Parent Teachers Association (NPTA) also appealed to teachers to act in the best interest of their students.

Following the union’s call, many took to social media to express their anger at the move.

Under an article on CNC3’s page last Friday, Facebook user Ingrid said she was a former teacher. She told teachers to either do their job or leave the profession.

“The poor performance of the students is an indictment on teachers. As a former teacher, the focus was on education for the children’s future as well as my future. Like I said to colleagues at the school I taught at, if you stay in the staff room and choose not to go to class you will see the results of your negligence on the front page of the newspapers … tell me then how that will make you feel … a lot of the burglar-proof we installing today is because too many teachers failed. I know parents failed too but teachers have a special role …. Do your job or get out of the profession.!” she said.

A similar sentiment was echoed by Parbatee.

“There should be a pool of substitute teachers ready to teach on such occasions. After a period of probation should be hired to replace delinquent teachers,” she said.

Another social media user Mishanna, however, defended the union’s move. She appealed to the population to understand teachers’ plight.

“Once again, most people will just read a headline and run with it. The last time teachers received a raise was 2014 (which was retroactive from years before). The same parents who bawling about prices raising in everything including school books, why y’all don’t understand it’s the same issue for teachers? I know a lot of good teachers who spend their personal money on their students, who go above and beyond, especially for the ones whose parents cannot afford certain necessities. Way to go Trinis. Shows how much value y’all place on the educators of this country,” she said.

Another commenter, Timothy, said those who were angry with the move should be “instructing the powers that be to respect and value the contribution of teachers and give them their just dues & maybe such inconvenience would not exist.”

Thousands of students will return to schools around the country for the start of the 2022/2023 academic year after the July and August vacation.