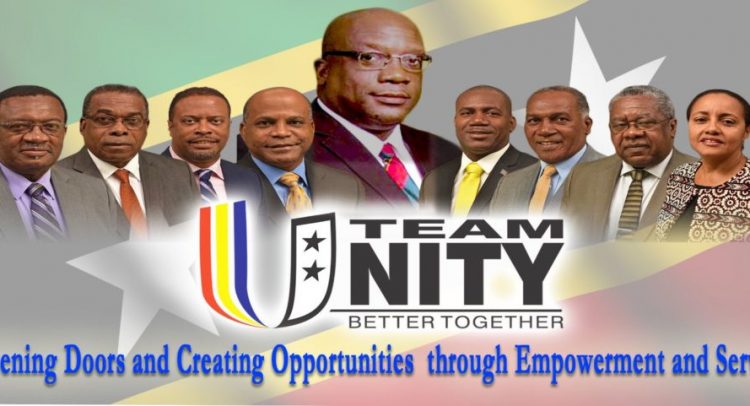 BASSETERRE, St. Kitts, August 1, 2018 (Press Unit in the Office of the Prime Minister) – The Team Unity Government of St. Kitts and Nevis continues to right the wrongs of the former administration with respect to the health sector and the provision of primary healthcare services in the Federation—the latest example being the long awaited re-commissioning of dental and 24 hour EMT/Ambulance services at the Mary Charles Hospital on Tuesday (July 31).

“The dental care facility here was primarily being used by young children from Saddlers, Tabernacle, Mansion and Molineux, all the way up to I think to Cayon and how could the former administration allow that to go to the dogs,” Prime Minister Dr. the Honourable Timothy Harris pondered while addressing Tuesday’s ceremony for the re-commissioning of these vital services.

Thanks to the intervention of the Team Unity Government, dental care is now available at the Mary Charles Hospital free of cost to school children, including those up to 18 years old and who are still in school, persons living with disabilities, and individuals over the age of 62.

Prime Minister Harris then pointed out that the former administration, which was in fact led by a medical doctor, took the decision to suspend EMT/Ambulance services at the Mary Charles Hospital for many years.

“No matter how much there was an outcry, no matter how many people died a death that could perhaps have been avoided, the [former] government never once said we made an error and we will correct it and bring back the ambulance to Mary Charles,” Dr. Harris said, while noting that “what they have failed to do, Team Unity is doing because we care for the people of the country.”

The Team Unity Government has shown that it is serious about delivering primary healthcare services to all. This was further magnified when, in February of this year, the government launched the National Health Insurance Commission, setting the stage for cradle-to-grave insurance coverage regardless of age, employment, income or pre-existing conditions.

“The government understands that among many of us today, if we were to fall seriously sick, [there is] no money in the bank to help take us through and therefore we have come up with a programme called the National Health Insurance, which will cover everyone and when this comes on stream, all will be better for the work of your Team Unity Government,” disclosed Prime Minister Harris.

“You must marvel at the fact that 20 years before Team Unity it never happened, and in less than three years under Team Unity it has happened.”

Hodge says Christophe Harbour is a friend to education