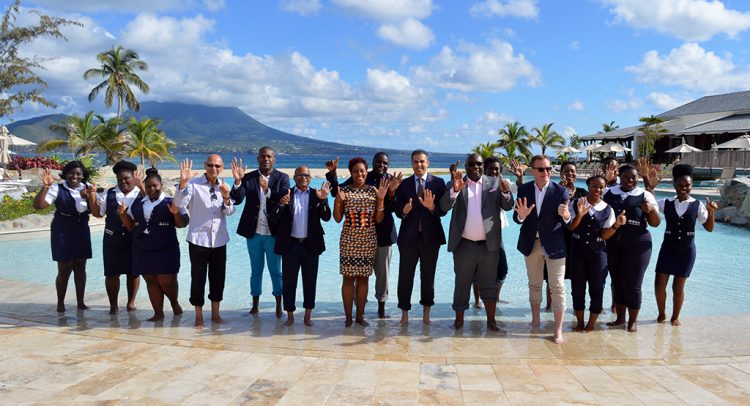 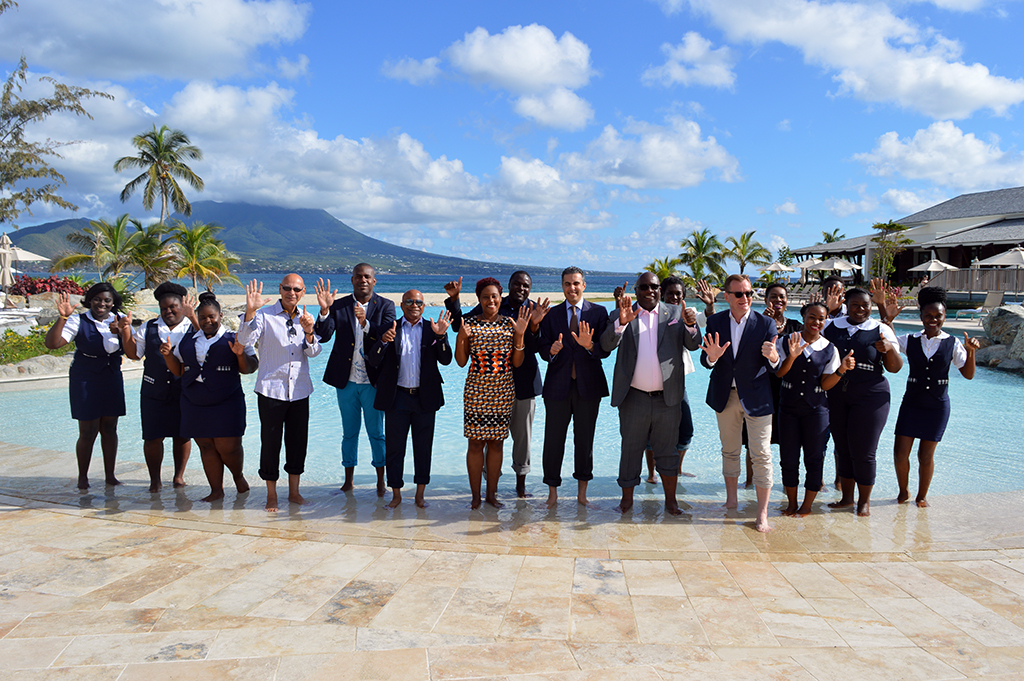 BASSETERRE, St. Kitts, March 5, 2018 (Press Unit in the Office of the Prime Minister) – The picturesque twin-island Federation of St. Kitts and Nevis continues to stand out as a premier tourist destination and a country that continues to attract top brand hotel chains to its shores.

Mr. Asaria, whose company developed the 126-room Park Hyatt St. Kitts luxury resort, which had its opening in November 2017, said St. Kitts and Nevis is fast becoming the envy of the entire Caribbean region.

“Look at St. Kitts tourism today. 15 years ago we didn’t have American Airlines, we didn’t have British Airways, we didn’t have a single branded hotel. Today we have the Marriott, the Four Seasons, the Park Hyatt; I hear the Ritz Carlton is being signed and today [Sunday 4th] we’re signing the Six Senses. There’re others but those are five hotels that are at the top level of the industry in St. Kitts and Nevis,” Mr. Asaria stated.

Mr. Asaria added, “For a Caribbean Government… to conclude a deal with a developer, with an ultra luxury hotel operator in 66 days documented to the highest international standards, with the highest level of governance…that is a remarkable achievement. We have achieved here in 66 days what we haven’t been able to achieve in three years in other islands – all kudos to the Government [and] to the minister.”

Prime Minister Harris said the addition of these top hotel brands to the country’s tourism sector will redound to the overall benefit of Kittitians and Nevisians, adding, “Clearly with all that is happening we can say that a solid foundation has been set for the prosperity that we promised the people of St. Kitts and Nevis for that prosperity to be realized.”

The prime minister continued, “We now boast the first Park Hyatt in the Caribbean and we now can boast having inked the first real arrangement for the Six Senses first luxury property in the Caribbean. We are a nation of firsts.”

The agreement signed on Sunday includes a number of incentives and commitments bargained for by the Government. The recommendations include over 10,000 hours spent on an annual basis by hotel employees on community service activities, the provision of 15 internships to hospitality students annually, as well as 10 entrepreneurial scholarships of EC$25,000.

The construction phase of Six Senses St. Kitts, which is expected to be completed in just over two years, will see the creation of more than 500 jobs and another 300 permanent jobs upon completion.

Serena Williams: Mandy Minella on the journey back from childbirth to the court