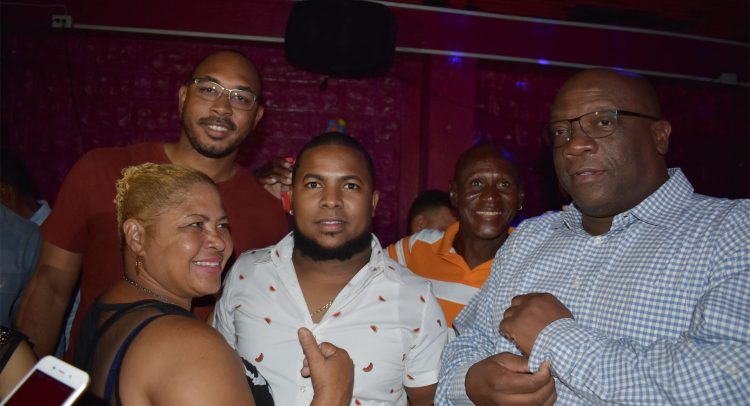 “I am delighted to join our Spanish brothers and sisters as they celebrate Father’s Day, which is being observed in the Dominican Republic today,” said Prime Minister Harris who was warmly embraced and kissed by over excited patrons who could be heard saying that Prime Minister Timothy Harris was in their midst, after the DJ announced his arrival.

“We are happy as a country to see that our Spanish brothers and sisters are well settled in this their new country and are able to observe traditions from their mother country,” said Dr Harris who is also the National Political Leader of the Peoples Labour Party (PLP), which is one of the three parties in the ruling Team Unity Administration. “The Team Unity Government has given its commitment to working with members of the Spanish community to ensure that they are fully integrated in the country they now call home.”

The event which was organised by one of the Spanish community leaders in St. Kitts, Mr Heriberto Torres, was held at Sport Bar El Fuerte at the corner of Malone Avenue and Bay Road in Basseterre.

Among those who attended included Mr Abdias Samuel, National Disaster Coordinator for the Government’s National Emergency Management Agency (NEMA) who last month (July) made history by being the first Dominican born St. Kitts and Nevis national to be appointed to head a government agency, and Mr Nubian Greaux, Chairman of the Peoples Labour Party’s Constituency Number Two Executive Branch.