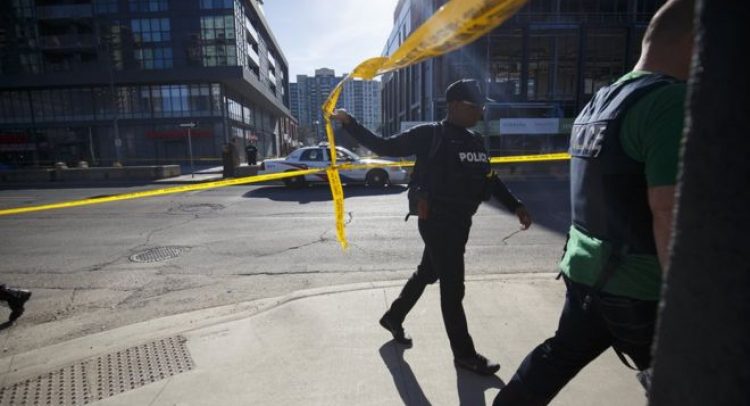 A Toronto teenager has become the first Canadian ever charged with carrying out an “incel”-inspired terror attack.

The 17-year-old boy is accused of fatally stabbing a woman in February.

Incel, short for “involuntarily celibate,” is an online subculture focused on members’ perceived inability to find romantic or sexual partners.

A 2018 attack in Toronto that killed 10 was also allegedly inspired by the ideology, but the accused in that case was not charged with terrorism.

Police allege he fatally stabbed Ashley Noelle Arzaga, 24, who was discovered inside the building around 13:00 local time on 24 February. Two other people, a man and a woman, were found outside the premises with stab wounds.

Ms Arzaga is remembered as a loving mother and a kind person, the Toronto Star reported.

When Toronto police learned the crime may have been motivated by an extremist ideology, they contacted Canada’s federal RCMP, which ultimately decided to press terrorism charges.

“Terrorism comes in many forms and it’s important to note that it is not restricted to any particular group, religion or ideology,” said the RCMP.

He appeared by video before court on Tuesday morning to hear his new charges, and remains in police custody.

“Incel” is short for “involuntarily celibate”. It generally – though not exclusively – refers to online groups of men who feel they are unable to enter into sexual relationships. They blame women for their grievances, which they discuss in internet forums.

He later told police the attack was retribution for years of rejection by women, and that he identified as a member of the incel movement. He was charged with 10 counts of first-degree murder and 16 counts of attempted murder, but he was not charged with terrorism.

His case is currently before the court.

Minassian was allegedly inspired by Elliot Rodger, who killed six people in a stabbing and shooting spree in Isla Vista, California, in May 2014.