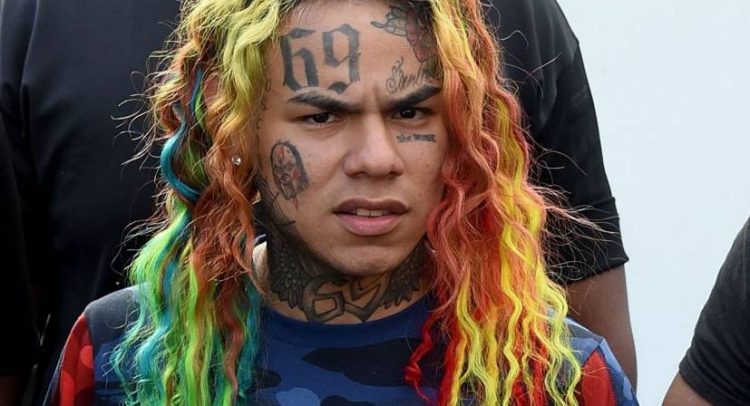 Tekashi 6ix9ine is in the dark and anxiously awaiting to hear his fate this week … or so we’re being told.

Sources at 69’s federal detention facility tell TMZ … Tekashi is feeling the pressure ahead of his sentencing hearing on Wednesday, where the court will decide how long he’ll be behind bars going forward after cooperating with the feds and snitching his heart out.

Our sources say 6ix9ine is incredibly nervous — despite his tough-guy public image — and that he has no idea what to expect. We’re told Tekashi knows he’s at the mercy of the judge — who can toss him in a cage and throw away the key for a long time if he sees fit.

Based on the charges he’s already pled guilty to, Tekashi faces, at minimum, 47 years in prison — although he and prosecutors have asked for significantly less.

His mom and other loved ones also submitted letters of their own asking for the same thing.

As far as his courtroom look, our sources tell us Tekashi isn’t going to be all that fancy or polished. In fact, we’re told the guy’s probably going to look more like the opposite of that … which means he definitely ain’t showing up in a suit.

We’re told Tekashi will be in prison scrubs come judgment day, and that his hair will be long, braided and not nearly as rainbow-colored as it once was. Our sources say his hair color has faded significantly since he was initially locked away more than a full year ago.