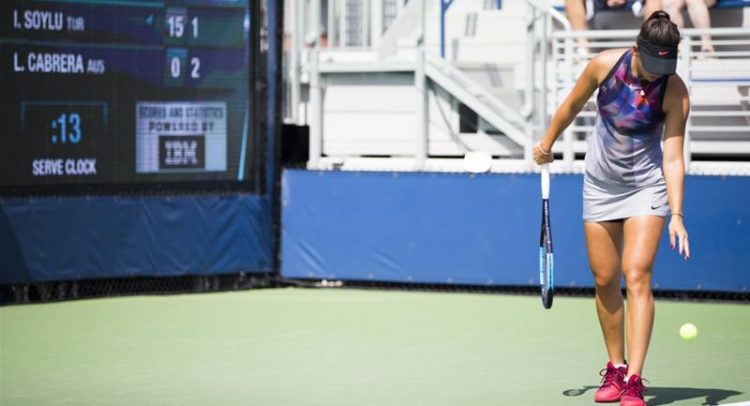 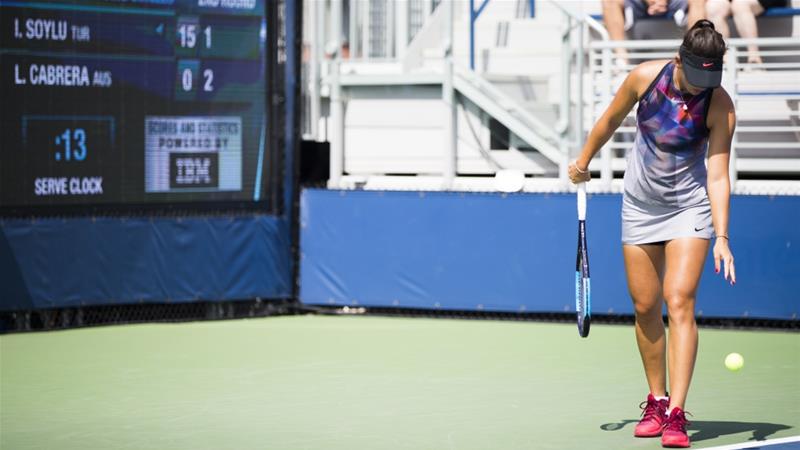 A ticking stopwatch visible courtside and a potential main draw berth were enough to keep tennis players on their toes at the Australian Open qualifying event earlier this month.

The 25-second serve clock – first introduced at the US Open qualifiers last year – monitored the allowed time players took between points at the year’s opening Grand Slam in Melbourne.

Another displayed on court counted down the five-minute warm up for all main draw matches, with players liable to a fine up to $20,000.

The serve or shot clock extends the time allowed by five seconds in line with the regular tour events, but makes its visible for fans and players.

It was approved by the Grand Slam Board last year and will be applied at the qualifying stage and junior events of the rest of the three majors as well this year.

The new feature is among a series of measures tennis officials are experimenting to speed up matches as they look to attract a new, younger generation of fans.

The Association of Tennis Professionals (ATP) – world body for men’s tennis –  trialled 10 new innovative rules at the under-21 Next Generation Finals in Milan, Italy in November, featuring the sport’s top rising stars.

The rule changes were aimed at “creating a high-tempo, cutting-edge, and TV-friendly product, geared towards attracting new and younger fans into the sport, while at the same time retaining the sport’s traditional fan-base”, the ATP said in a statement.

Shorter four-game sets from the original six were played, service lets were scrapped and the receiver picked the side for the sudden-death deciding point on deuce.

Fans were allowed to move freely in and out of the stadium during play except behind baselines, on-court coaching via a headset was permitted and line umpires were substituted for electronic reviews.

Ross Hutchins, ATP’s chief player officer, told Al Jazeera that some of the changes may be officially rolled out in 2019.

“We think that there may be a possibility next year to add in some of the testing innovations that we tried,” the former British doubles player said in a phone interview from London.

Beyond tennis’ existing fan base, Hutchins believes the changes could expand the sport’s appeal among a younger audience.

“If you do want to try and hold the attention span of a slightly younger generation whilst maintaining our loyal fans and big tennis following then yes, we will be closely looking at whether we want to reduce the amount of time on the court,” he said.

With the rules still in experimentation phase, there has been mixed reaction from the top players.

World number one Rafael Nadal, notorious for receiving time violations, was quick to dismiss the 25-second shot clock, calling it “not good for the future of the tour”.

“In my opinion, having a clock with 25 seconds playing in some extreme conditions, you cannot have the best show possible,” the Spaniard told reporters last year.

Russian Andrey Rublev, who was among the top 8 under-21 players competing at the Milan event last November, said the shorter format “isn’t fair”.

“With these rules, even if you win, you don’t feel it because it’s a much shorter time, it’s less physical and, in the end, it’s not the same feeling when you win,” the 20-year-old told Al Jazeera at the Qatar Open this year.

“I think many players take more than the allowed time, so this is over with the shot clock,” he told Al Jazeera.

“But, the scoring system should stay the same because it’s very traditional and tennis is too ingrained, so you shouldn’t change too much.”

Last summer, the ATP conducted consumer research across 13 different markets, surveying 30,000 fans before deciding which rules to trial at the inaugural youth tournament in Milan.

The longest match played over five four-game sets at the Next Generation Finals was two hours and 15 minutes hours, with the minimum amount of time spent on court just under an hour.

From the British colonial-era five day test games, cricket introduced in 2003 the shorter T20 format of the sport, which lasts about three hours.

Shot clocks or play clocks in basketball and American football have been used for years to pace up the games and avoid long pauses.

Golf is also considering scaling down professional tour events from the traditional 72-holes format in the next five years, according to Keith Pelley, the European Tour’s chief executive officer.

The inaugural GolfSixes tournament on the European Tour was played over six holes in St Albans, England last year.

But Hutchins insists that tennis is trying to stay “ahead of the curve” while considering any changes to its rule book.

“I think when you look at certain sports, that have made change in the past, it has been because the sports have needed to make change,” said Hutchins.