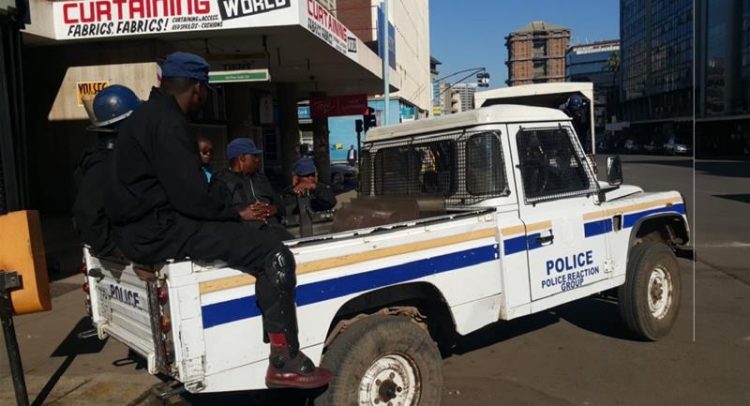 Tense calm returned to the streets of Zimbabwe’s capital, Harare, on Thursday, a day after three people were killed in post-election violence between security forces and protesters.

Opposition supporters, who alleged the election results were rigged, took to the streets, burning tyres and throwing stones before riot police and the army intervened.

The first elections since long-time President Robert Mugabe was removed from office last year have turned out to be controversial, with the main opposition candidate Nelson Chamisa questioning the impartiality of the results.

Outside the main opposition alliance Movement for Democratic Change (MDC) headquarters in the capital, at least six riot police trucks stood by with nearby shops remaining closed and barely any traffic on the usually busy Nelson Mandela Avenue.

The latest violence has not helped the south African nation battling high unemployment exacerbated by years of debilitating economic crisis.

“We are losing a lot of money. If we don’t sell anything our salary will be reduced because we work on commission,” Ramos Mbizi, a sales assistant at a shoe shop, told Al Jazeera.

Very few public transport vehicles were seen on the streets of the capital Harare, home to more than one million people.

“It was impossible to get into town because of transport issue,” Maxwell Dube, a retail worker, told Al Jazeera.

“We can’t say we feel safe because we might come across the same situation as yesterday. It is not worth it. They said free and fair election but now we counting the dead,” Dube, 44, said.

Both the government and the opposition accused each other of instigating the violence.

Meanwhile, on Thursday, President Emmerson Mnangagwa said he was in talks with the opposition to find ways to diffuse the situation.

“We have been in communication with Nelson Chamisa to discuss how to immediately diffuse the situation, and we must maintain this dialogue in order to protect the peace we hold dear,” Mnangagwa tweeted.

Experts say both the ruling party and the opposition are responsible for the violence that erupted on the streets of Harare on Wednesday.

“It’s a show of leadership, but it’s been a failure on both sides. It’s not appropriate to use the army on civilian protesters,” Blessing-Miles Tendi, an associate professor at the University of Oxford, told Al Jazeera.

“There’s also a failure of leadership on the opposition’s part, if they’ve got the smoking gun then they must hold the gun and quickly put forward concrete evidence to support their claims that the election has been rigged,” Tendi said.

On Thursday, the United Nations called on both sides to “exercise restraint” following the landmark polls that saw the ruling ZANU-PF party winning a majority of seats in parliament.

“We are concerned about reports that there have been incidents of violence in some parts of Zimbabwe,” Farhan Haq, UN deputy spokesperson, told reporters in New York late on Wednesday.

“We call on the political leaders and the population as a whole to exercise restraint and reject any form of violence while awaiting resolution of the disputes and announcement of the election results,” Haq said.

Mugabe is not on the ballot for the first time since he took power after Zimbabwe gained independence in 1980.

More than five million Zimbabweans registered to take part in the poll. Twenty-three candidates – all first-time contenders – contested for the presidency. It is the first time since the end of white-minority rule that such a large number has competed for the country’s top seat.

The results of the presidential vote have not been released. The electoral commission has until Saturday to release the figures.

But the electoral body released the parliamentary results showing the ruling ZANU-PF has won 145 seats in the 210-seat parliament. MDC won 60 while NPF party took one seat. An independent candidate also won a seat.