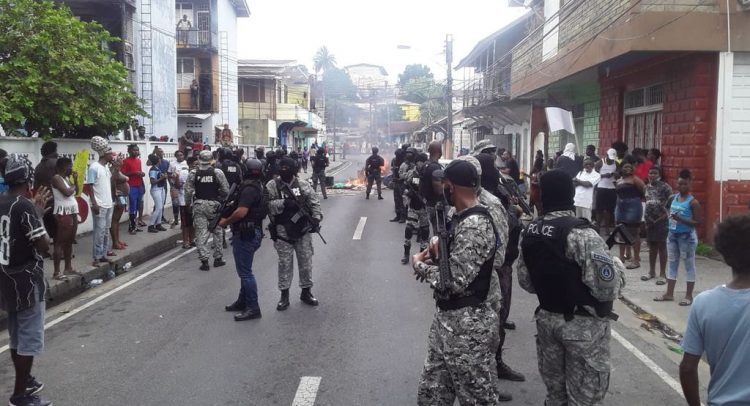 Protests have spread to Cocorite and Carenage as members of the Defence Force have been called out to assist police.

The Minister of National Security, Stuart Young has called for calm while accusing criminal elements of causing the protest.

The protests were sparked by the police shootings of three men in Second Caledonia, Morvant on Saturday.

CCTV footage showed the men with their hands in the air before they were shot by police.

There are fires in Sea Lots, Beetham, Laventille, East Port-of-Spain and in some parts of Morvant.

Police have been turning back vehicles entering Port-of-Spain and there have been sporadic gunfire heard in some of the protests.

A bullet was found lodgesin a window on the third floor of the Ministry of Legal Affairs tower in Port-of-Spain.

Police have arrested some residents.

There is a fire burning at the SWMCOL compound in Sea Lots.
Several buildings in Port-of-Spain have closed and workers have been making their way home.

There are reports of police officers being attacked with projectiles and at least one officer has been injured.

The Minister of National security has called on anyone with information to take it to the Police Complaints Authority which is conducting an investigation.Several people have also been wounded by gunshots.