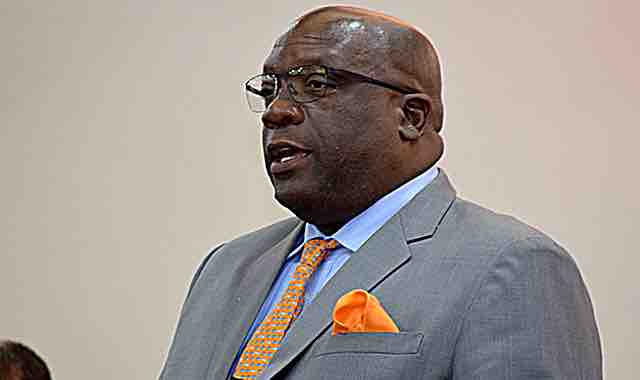 Basseterre, St. Kitts, 22nd February, 2018 (MyVueNews.com) – One of the most anticipated bills on the legislative agenda of the Team Unity Government was tabled in the National Assembly of St. Kitts & Nevis, on 21st February, 2018, after the original title of the bill was changed.

Having only its first reading, there was no debate on the bill. If the bill is passed at some time, however, it would be considered landmark legislation, as no other English speaking country in the Caribbean would have laws that limit the serving term of a prime minister to two consecutive terms of office.

It would also be a major achievement in regards to the Good Governance agenda of the Team Unity Government.

Imposing a term limit on the person serving as prime minister had its birth in the years leading up to the 2015 General Elections in St. Kitts & Nevis, when political parties that now make up the Team Unity coalition cited what they called the “arrogance” of then sitting prime minister, Dr. Denzil Douglas, who they also accused of mismanaging the country.

According to Team Unity, after 20 years as prime minister of St. Kitts & Nevis, Dr. Douglas had become out-of-touch and was taking the country into areas of disrepute.

The idea of limiting the term of prime minister was one that was well supported by the majority of the electorate, who were anxious, Team Unity said, to experience a significant shift in governance style for the better, and so were their expectations post-elections.

Team Unity placed this legislative promise to take effect within the first 100 days after taking office. This timeframe was written within the organisation’s Manifesto for 2015 to 2020, as part of their Prosperity for All agenda.

However, after taking office, the Government pursued other priorities, which they said were pressing matters. Now at its third anniversary since taking office on February 2015, the bill has been laid on the table in the National Assembly.

It must be noted, however, that the substantial delay in bringing the bill to parliament resulted in some criticism, some people suggesting that the Team Unity Government had lost interest in such cornerstone issues on which they had campaigned.

Notwithstanding, the 100-day timeframe, the Team Unity Government has maintained that it has a full five-year term to achieve the promises made to the people of the federation, and it has not lost sight of its promises.