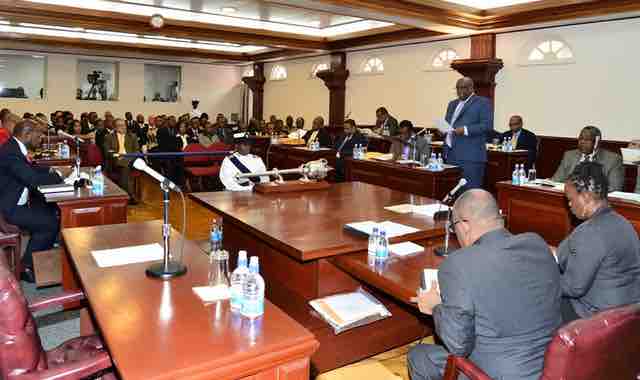 Term limit bill to be debated in National Assembly

Basseterre, St. Kitts, 20th February, 2018 (MyVueNews.com) – The Team Unity Government, as it celebrates its third anniversary, is bringing to the National Assembly on Wednesday, 21st February, one of the campaign promises, specifically that of term limit for the prime minister of the country.

Leading up to the 2015 General Elections, the three-party political coalition called Team Unity was critical of the limitless period of time one individual can be prime minister of the country.

It was promised in their manifesto that this was one of the matters that will be address if they got into office.

And there had been critics of the Team Unity Government that this legislation had not been brought to parliament sooner.

The Team Unity leader, Dr. Timothy Harris, had also said it remained an important part of the agenda and promised a bill will be brought to parliament.

Now on the third anniversary in Government, the legislation will have its first reading in parliament during Wednesday’s sitting.

The bill, to be introduced by Prime Minister Harris, is called the West Indies (Tenure of Office of the Prime Minister) (Constitutional Amendment) Bill, 2018.

Wednesday’s sitting of the National Assembly will be carried live on ZIZ Radio (96 FM) and participating radio stations at the schedule start of 12 noon. It can also be viewed live on TV Channel 5 in St. Kitts and Channel 98 in Nevis. The debate will also be streamed live at www.zizonline.com.

Getting rid of acne: Tools and techniques for extractions