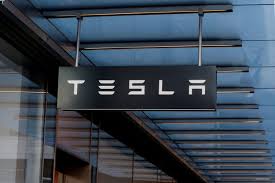 Tesla Inc (TSLA.O) has raised prices on its Model X and S cars by over $20,000 in China, automotive news website Electrek reported on Monday, making it one of the first U.S. carmakers to hike prices in the wake of rising trade tensions.

Tesla has been banking heavily on China to boost sales of its electric cars and had planned to build a factory in the country, which is also the largest automotive market.

The company in May slashed up to $14,000 off its Model X in China after Beijing announced major tariff cuts for imported automobiles.

China contributed about 17 percent to Tesla’s total revenue in 2017 and the electric car maker ships an estimated 15,000 cars a year to the country.

Tesla did not immediately respond to a request for comment by Reuters.

Ford Motor Co (F.N) said on Thursday it would not hike prices on its imported cars for now, including those on higher-margin luxury Lincoln models, crimping its profit margins on cars imported to China.