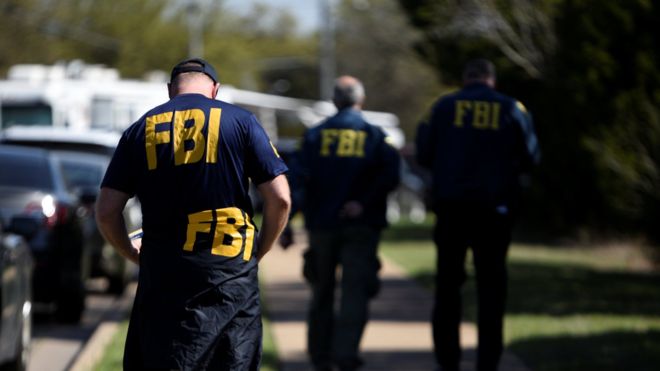 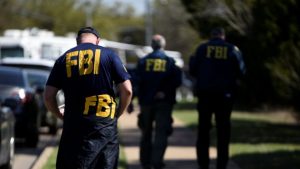 US authorities are investigating whether a parcel bomb that exploded at a FedEx depot in Texas on Tuesday is connected to a suspected serial bomber.

One person was lightly injured but did not require treatment, police said.

FBI spokeswoman Michelle Lee told CNN the agency believed the blast could be connected to the four previous attacks.

Local media, citing law enforcement sources, reported that the package that detonated in Schertz was addressed to Austin, and had been packed with metal to create shrapnel.

Three of the four previous devices were hidden in parcels left at residential addresses in Austin. Police said another was probably activated by a tripwire, tripped by two men walking along a street in south-west Austin.

If the explosion in Schertz is linked by law enforcement to the previous four, it will be the first time the bomber has used the mail.

The first device exploded on 2 March, killing Anthony Stephan House, 29, at his home.

Two more bombs exploded 10 days later. Draylen William Mason, 17, was killed and his mother was critically injured when he brought a package inside his home from the doorstep.

Hours later, a 75-year-old Hispanic woman, who has not been named, was injured by another package.

Investigators initially said that they were looking at a possible racial motivation for the attacks, which had killed two black men and injured a Hispanic woman, but the tripwire device, detonated on Sunday night, appeared to be indiscriminate and injured two white men.

“With this tripwire, this changes things,” said Christopher Combs, the special agent in charge of the FBI’s San Antonio office.

“It’s more sophisticated. It’s not targeted to individuals. We’re very concerned that with tripwires, a child could be walking down the sidewalk and hit something.”

Mr Combs said more than 350 FBI special agents had been drafted in to work on the investigation, calling it an “unprecedented response.”

Fred Milanowski, the special agent in charge of the Bureau of Alcohol, Tobacco, Firearms and Explosives in Houston, said the agency had a “high degree of confidence that the same individual built all these devices”.

The FBI made a rare public appeal to the bomber to get in touch. “We would really like the bomber to contact us so we can talk to him,” Mr Combs said.

Residents in Austin, a city of 974,000, have been asked to look out for suspicious packages.