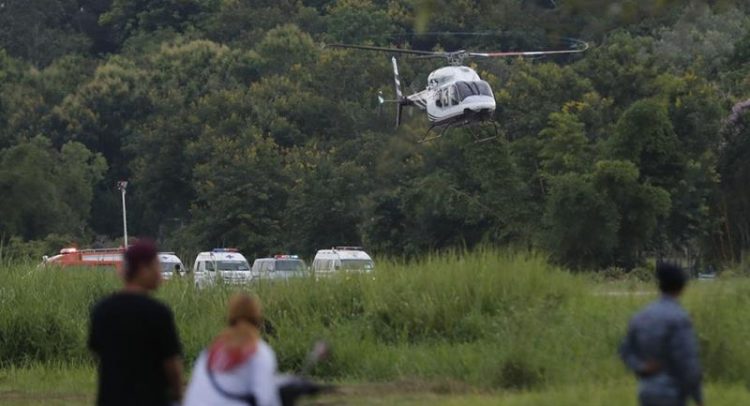 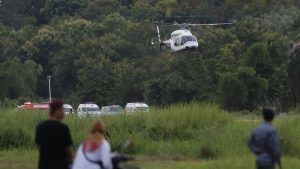 All 12 members of a youth football team and their coach have been rescued from a cave in northern Thailand, bringing an end to a massive operation that has captured headlines for more than two weeks.

Four remaining boys and their 25-year-old coach Ekapol Chantawong emerged from the Tham Luang cave complex on Tuesday, after eight of their teammates had already been saved on Sunday and Monday.

“Twelve Wild Boars [team members] and their coach are out of the cave,” the Thai Navy SEALs said on Facebook on Tuesday. “Hooyah,” the post added.

Nearly three hours later, the last individual was reported to have emerged from the cave.

The group will now be transferred to a hospital in Chiang Rai’s state capital where they will stay for observation for at least seven days.

Earlier on Tuesday, rescue operation chief Narongsak Osottanakorn told reporters the remaining five would all be extracted on the same day.

The rescue of the last five members of the Wild Boar football team marks the end of an operation involving more than 1,000 rescue workers.

One former Thai military diver died on Friday after passing out in the cave.

Saman Kunan, a 38-year-old volunteer, was placing oxygen canisters along the route divers had to take to get to the children and could not be revived.

The 12 boys, aged 11 to 16, and their coach became trapped inside the cave on June 23, when floodwaters caused by heavy monsoon rains blocked the entrance.

Nine days later, they were found dishevelled and emaciated but alive on a muddy ledge about four kilometres inside the complex cave system.

It took days for rescue authorities to decide on how the football team should be extracted from the cave, with no attractive options available.

Officials weighed plans including letting the boys dive out, reaching them via a yet-to-be-found shaft in the mountainside or waiting for water levels to drop until they could walk out, which could have taken months.

Depleting oxygen levels inside added pressure to the operation and on Sunday a high-risk rescue operation got under way which involved the boys diving out accompanied by elite divers.

The multi-hour journey towards the cave’s mouth reportedly included passageways as narrow as 40 centimetres. Some of the boys did not know how to swim.