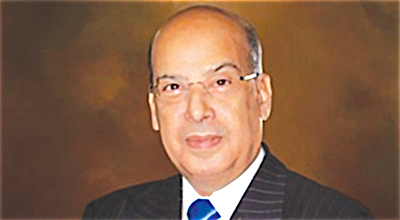 (The writer is Antigua and Barbuda’s Ambassador to the United States and to the OAS.  He is also a Senior Fellow at the Institute of Commonwealth Studies, University of London and Massey College in the University of Toronto)

High-tide flooding is set to become an every-other-day affair in coastal areas along the Gulf of Mexico and the East Coast of the United States of America by the year 2100.  It will also fatally harm the countries of the Caribbean.

This 82-year projection is based on the assumption that greenhouse gas emissions, which cause global warming and sea level rise, will be curbed.  But, there is no evidence of that happening.  Indeed, even in the much-vaunted Paris and Bonn accords on Climate Change, there is no legally binding agreement on nations to cut back their emissions.  In the case of the United States, the present administration has back-pedalled on commitments made by the previous government and it may yet withdraw the U.S. entirely from the understandings reached so far.

The problems caused by high-tide flooding will adversely impact the states on the East Coast of the United States, ranging from New York through Florida and across to Texas.  But the islands of the Caribbean and mainland countries with already low-lying coasts, such as Guyana and Belize, will be affected first.

This latest cause for alarm, concerning high-tide flooding, is identified in a new report from the U.S. National Oceanic and Atmosphere Administration (NOAA).  According to the report, high-tide flooding in the mid-Atlantic doubled from an average of three days a year in 2000 to six in 2015.

The report points out that high-tide flooding, which is today an occasional event, will occur every other day by 2100, inundating homes and businesses, including hotels.  That is 182 days a year.

Of course, if there is no curbing of greenhouse gas emissions, high-tide flooding will become a happening every day, forcing businesses, homes and agricultural activity further inland.

The migration of such activities away from the coast will be possible in mainland countries at great expense, disruption, loss of property and the creation of refugees, but such inland migration will hardly be possible for the islands of the Caribbean, particularly the small ones.

In the scenario painted by the lead author of the NOAA report, William Sweet, by the time countries wise-up to the increased incidents of flooding and the damaging consequences, the impact will be “chronic”.  Sweet emphasizes that the change will not be gradual; it will occur “in leaps and bounds”.

Therefore, NOOA forecasts that by 2050 (just 32 years away), even if there was an immediate halt to global greenhouse emissions, high tide flooding will occur between 50 and 250 days per year along the U.S. East Coast.   When this begins to happen, Caribbean islands would already have been ruined.

In the U.S., there is a divided approach to this issue.  While authoritative organizations, such as NOOA, are drawing on scientific study and evidence to inform decisions-makers and planners about the escalating and devastating flood risk, the Environmental Protection   Agency (EPA) has issued instructions to its staff to downplay the contribution of human activity to climate change.    Even the words “climate change” have disappeared from official communications.

At the level of the government of individual states of the U.S., however, an alliance of 14 of them have vowed to cut emissions and are on track to drop such emissions from 24 to 29 per cent, based on policies already on their books.  The alliance states include: California, Colorado, Connecticut, Delaware, Hawaii, Massachusetts, Minnesota, New York, North Carolina, Oregon, Rhode Island, Vermont, Virginia and Washington.

The 14 governments recognize that their coastal states are highly vulnerable to sea level rise.  That’s why they are motivated to act.

However, these states represent only 36 per cent of the U.S. population.  Many more states have to make and implement commitments, similar to the alliance of 14, to reduce gas emissions to a meaningful level.

Caribbean countries have to note that the top three greenhouse gas emitters— China, the U.S. and the European Union—contribute more than half of total global emissions, while the bottom 100 countries only account for 3.5 percent.

For the Caribbean to come anywhere near avoiding the dire conditions that the NOAA report describes, China, the U.S. and the EU countries must significantly reduce their emissions.

For the Caribbean, no single issue threatens the survival of each of their countries more than global warming and sea level rise.  Contending against greenhouse gas emissions should be front and centre of their foreign policy and in their international relations advocacy and bargaining with China, the US and the EU.

The evidence is mounting that the region faces a fatal fate if this crucial matter is neglected or deferred.