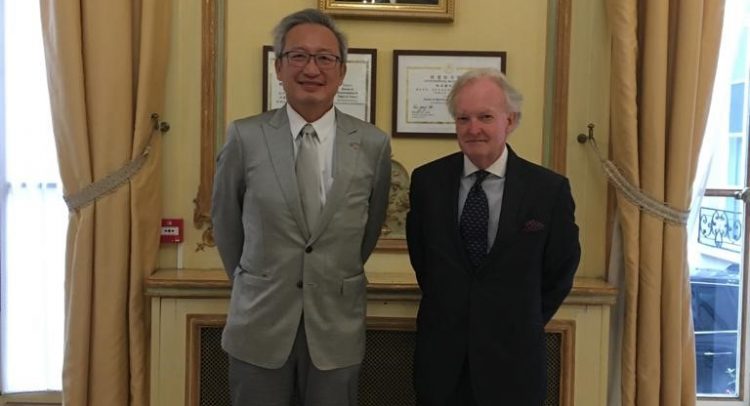 The Federation of St. Kitts & Nevis and Republic of China (Taiwan) envoys meet in Paris

The TRO represents the interests of Taiwan in France.

Both envoys exchanged views on the long-standing bilateral relations between Taiwan and St. Kitts and Nevis, which have been characterised by shared values and mutual respect since they established diplomatic relations in 1983. Dr. Doyle, who also serves as the Federation’s Ambassador to UNESCO in Paris, expressed the deep gratitude of Hon. Mark Brantley, the Minister of Foreign Affairs for St Kitts and Nevis and Premier of Nevis, for Taiwan’s stand in solidarity with St. Kitts and Nevis, to fight COVID-19.

The TRO in Paris grew out of the Association for the Promotion of Commercial and Tourist Exchanges with Taiwan created in 1972, evolving to its present status in 1995, aimed at facilitating exchanges in France.

The TRO is headed by Ambassador Wu Chih-Chung, a dedicated Francophile who was appointed to the post in July 2018, having served as Deputy Minister of Foreign Affairs of Taiwan from 2016 to 2018.