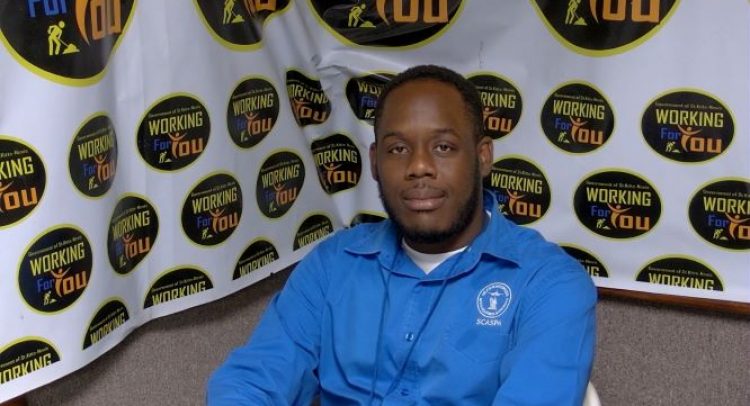 Basseterre, St. Kitts, May 04, 2021 (SKNIS): The continued upgrade of human resource capacity and equipment at the St. Kitts Meteorological Department has led to increased efficiency, effectiveness, and reliability in forecasting and recording weather phenomena.

Senior Meteorological Officer, Elmo Burke, said that the ongoing improvements would allow the department to offer more services in the future. One such goal is the ability to exclusively provide the local weather forecast. The department commonly referred to as the Met Office, currently does not have the capacity to do so. As such, it partners with the Antigua and Barbuda Meteorological Services.

“We have started making concerted efforts towards that approach [local forecasts]. … We are nowhere close to that yet but what we have started to do is to put the training in place in terms of the capacity development for the staff,” Mr. Burke stated on the April 28, 2021 edition of the radio and television programme Working for You.

Another goal is to expand the interaction with institutions and the general public.

“Developing all these forecasts but not communicating effectively to our end users is another issue, so again I would like to have a social media footprint,” he stated.

As these plans are pursued, the St. Kitts Meteorological Department is receiving assistance from the Caribbean Meteorological Organization (CMO) in developing local legislation to guide its operations. Owing to the colonial setup of regional Met Offices, some member states operate without legislation.

“Legislation would guide you in terms of what is your core mandate, responsibilities, the resources you need, the reporting mechanisms, and so forth,” Mr. Burke expressed, as he welcomed the contributions of the CMO in reviewing and developing draft legislation in this regard.

The senior met officer further expressed a desire to see the St. Kitts Met Office and the Nevis Met Office merge as one entity.

“Regionally, no one thinks of us as two Met Services. They look at us as two offices, but there is one Met Service so, we need to regularize that,” Mr. Burke indicated.