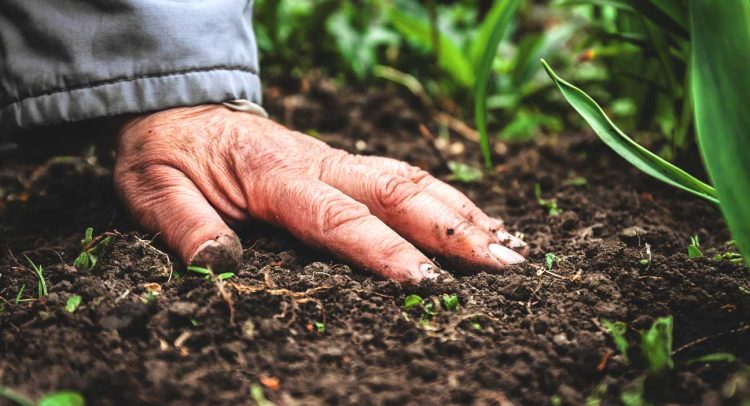 The Next Generation of Antibiotics Could Come from the Dirt 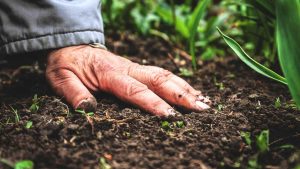 Since Scottish scientist Alexander Fleming discovered penicillin, the world’s first antibiotic, those wonder drugs have been grown in the laboratory.

Today, Sean Brady, PhD, a microbiologist and associate professor at Rockefeller University in New York City, believes the future of antibiotics may lie in the soil just outside our front doors.

Brady’s discovery, 90 years after Fleming’s revelation in 1928, has arrived as the world is facing an antibiotic crisis.

So-called “superbugs” have evolved resistances to the dozens of highly effective antibiotics.

The result has been infections that are becoming increasingly difficult to treat.

The Centers for Disease Control and Prevention (CDC) reports that each year in the United States, at least 2 million people become infected with bacteria that are resistant to antibiotics. At least 23,000 of them die every year as a direct result of these infections.

In addition, it’s estimated that the global death toll from antibiotic-resistant infections could reach 10 million a year by 2050.

Around the world, scientists are racing against time to develop new microbe-destroying molecules. Researchers, however, say most of the easy answers have already been found.

Instead of growing antibiotics in a petri dish like Fleming and the scientists who followed him, Brady hopes to find new medicines in the ground.

“There are thousands of bacteria in the ground, everywhere you step: A potential reservoir of antibiotics,” Brady told Healthline. “Many of them produce molecules that have never been seen before.”

Brady and his colleagues published their study last month in the journal Nature Microbiology.

They reported the discovery of a new class of antibiotic, extracted from unknown microorganisms living in the soil.

This class, which they call “malacidins,” killed several superbugs in laboratory rats, including the dreaded methicillin-resistant Staphylococcus aureus (MRSA), without engendering resistance.

The new antibiotic attacked and cleared the animals’ MRSA skin infections within a day.

“A significant fraction of the drugs we use today in the clinic, especially antibiotics, come from characterizing molecules that are produced by living things, particularly bacteria,” Brady said.

“Most of our antibiotics are compounds we have characterized from bacteria, which are probably out there for one bacteria to kill other bacteria,” he explained. “They don’t come from what people imagine: Chemists in the lab building random compounds and — all of a sudden — you have an antibiotic.” That’s how penicillin, tetracycline, and vancomycin — the antibiotic of last resort — were found, he said.

However, in recent years, that approach has begun to show diminishing returns.

“The suggestion was that we had found everything that’s out there, and therefore we need to go to other places to look for antibiotics,” Brady said. “So, most of those compounds come from culturing bacteria. But you can also grow bacteria out of a soil sample.”

“Even with the bugs we do grow in the lab, we miss most of the chemistry they make, or the drugs they might make,” Brady said.

Antibiotic resistance is a greater problem in the non-Western world.

Dr. Peter Collignon, a prominent antibiotic-resistance expert, infectious diseases physician, and microbiologist at Canberra Hospital in Australia said, “Superbugs are a problem and they’re getting worse.”

“It’s much more of a problem in developing countries, but they are a problem everywhere, including in the U.S., Australia, and Europe,” he told Healthline.

“We have life-threatening infections that are difficult to treat and sometimes impossible to treat,” Collignon said. “Of course, that’s a Western world perspective. But the reality is that if you’re in China, the Philippines, Vietnam, or India, a lot of really common infections are effectively untreatable because of so much antibiotic resistance.”

One public perception is that prescribing antibiotics too often has given rise to superbugs.

“We over-ascribe resistance to overuse of antibiotics,” Collignon said. “But, I think the real issue is the distribution of resistant bacteria in genes and, in the world, that’s through contaminated water. You have water that’s contaminated by humans and animals, and by antibiotics and bugs in water.”

“We drink that water or spread it over vegetables,” he explained. “In doing that, we have superbugs that we give more antibiotics to, effectively, in our gut. And it goes ‘round and ‘round in an ever-increasing cycle.”

The main reason the developing world has many more superbugs is because water supplies and sanitation are much worse.

Companies for the future

“We did an interesting study a few years ago that caused some controversy,” Collignon said. “We found in Europe — and we are expanding it to the whole world — a higher correlation with corruption in a country than with antibiotic usage. Because corruption is a surrogate marker for other things going wrong, like your water supply is not as good as it should be, or the food supply, or even the quality of drugs.”

“The culture of a country, in the arts sense rather than the science sense, makes a lot of difference in how much resistance you see,” he noted. “And I think the bigger factor is overuse and not documenting which drugs you use, and how we allow resistant bacteria to spread. Because we don’t follow rules, and don’t take basic precautions to stop all these things from spreading in hospitals which have infection control, and in the community.”

Brady’s research is funded by the National Institutes of Health and The Gates Foundation.

He describes his venture as a “drug discovery and development company focused on the creation of novel therapeutics derived from nature.”

“Most of what’s there is completely unknown and that’s the future,” Brady said.

He and his colleagues invite people to send in soil samples so they can “harvest things out of it.”

The project will send participants a soil collection kit that includes U.S. Postal Service packaging, prepaid shipping labels, and a collection guide for on-site collection in their area.

“It is impossible to say when, or even if, an early-stage antibiotic discovery like the malacidins will proceed to the clinic,” he said. “It is a long, arduous road from the initial discovery of an antibiotic to a clinically used entity.”

“No one should believe that this will yield a medicine on the market next week,” he noted.