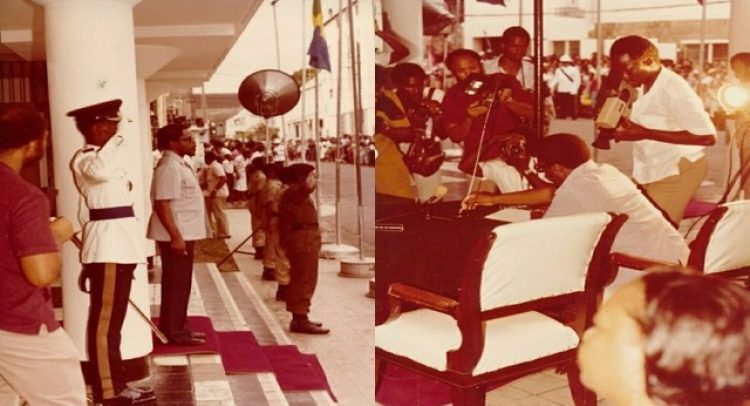 The OECS-the most successful integrated grouping

Basseterre, Saturday, 19th June 2021, (MyVue News.com)-One of the most progressive political decisions ever taken in the Caribbean, was the creation of the Organization of Eastern Caribbean States, (OECS).

It was on Thursday, 18th June 1981, when leaders like Dr. Kennedy Simmonds, Premier of St. Kitts-Nevis, at the time, took the bold decision to forge an alliance, that today, has become an example of functional cooperation, admired by many international organizations and governments of much larger nations.

Simmonds, along with former Deputy Prime Minister (at the time of the signing), Lester Bird of Antigua & Barbuda, are the only remaining living signatories to the treaty.

The signing of the Treaty of Basseterre was a turning point in the political, social, and economic development of the people of the English-speaking islands of the Leeward and Windward Islands.

It was a time when Premier Simmonds and the other political leaders of these smaller countries, determined that the best way forward was through functional cooperation.

Four decades later, the benefits have been realized in health, education, foreign affairs, free movement of people, and many other areas.

The OECS replaced what then was known as WISA, the West Indies Associated States (Council of Ministers), which itself was established in 1966, 4 years after the collapse of the West Indies Federation.

The Heads of Government Conference of the seven founding territories and countries (Antigua & Barbuda, Dominica, Grenada, St. Vincent & The Grenadines, St. Lucia, Montserrat, and St. Kitts-Nevis), was hosted at the Fort Thomas Hotel in Basseterre.

However, it was the Premier of St. Kitts-Nevis, and the host of the conference, Dr. Simmonds, who insisted that the norm of signing such treaties and agreements in private, should be discontinued.

Premier Simmonds, who, two years after, led his country into independence, (19th September 1983), arranged for the signing of the treaty to take place in public, on the steps of Government Headquarters on Church Street, Basseterre, (thus the Treaty of Basseterre).

Hundreds gathered as the leaders arrived and took their turn in signing the document that established the grouping, which some experts opine “is the most successful integrated Caribbean grouping.”

This is an accomplishment that all citizens of the OECS should be proud of, especially those in St. Kitts & Nevis, recognizing that their leader, Dr. Simmonds, played a significant role in its creation.

Many who had gathered on that Thursday, did so also to get a glimpse of the Prime Minister of Grenada, Maurice Bishop, who was the leader of that country’s People’s Revolutionary Government that had overthrown the administration of Sir Eric Gairy, who had been accused of numerous atrocities.

While commemorating the 40th Anniversary, and speaking in his anniversary message on Thursday night, 18th June 2021, current Prime Minister of St. Kitts & Nevis, Dr. Timothy Harris, said “the OECS, at this nascent stage, embodied the aspirations of the smaller member states of the Caribbean Community, which bore the scars of the failure of the West Indies Federation in 1962.”

Congratulations to the people of the OECS!

The OECS-40 years after