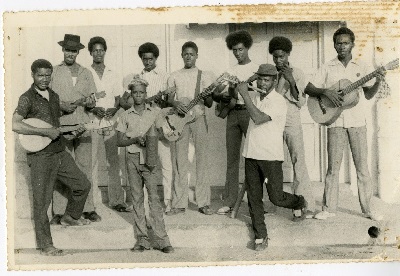 The Origin of Culturama

Culturama has a different origin to Carnival although sometimes the lines become blurred. Carnival originated as an attraction, to entice visitors to the island at a time when so many were leaving it and tends to be dominated by Trinidadian type of events. Culturama was inspired by the wave of black consciousness that permeated all aspects of culture in the Caribbean in the 1970s. This had its roots in the Black Power movement and was therefore identity-conscious, encouraging an appreciation for folk art, traditions and customs. The attendance of members of the Nevis Dramatic and Cultural Society at the first CARIFESTA in Guyana in 1972 further encouraged the development of a roots-based festival.

The Carnival Committee Act, No 20 of 1971, placed a number of restrictions on activities during the Carnival period in December. To allow for a freer cultural expression the new festival was slated for August, when the Emancipation of the enslaved was commemorated. Its objective was “to stimulate interest in the wealth of our indigenous folk culture, particularly among the youth and to create a climate in which the best of our traditions could re-assert themselves and flourish.” (Calvin A Howell Reflections on Culturama, [1999]). Culturama may have veered away from this aimi, n some years, but eventually it comes back to its stated objective.