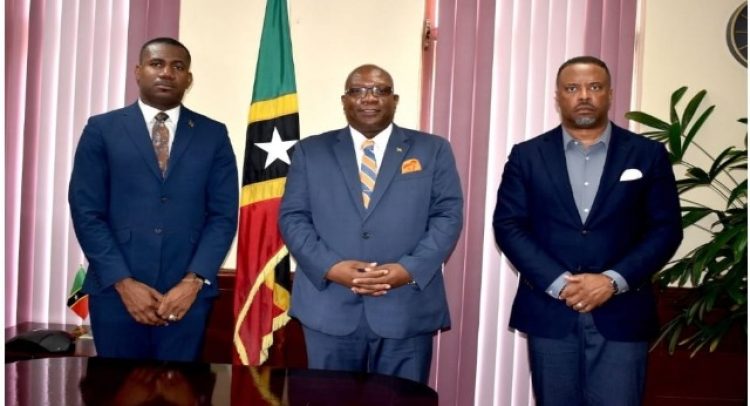 The political clock in Basseterre is ticking

Basseterre, Tuesday,19th April, 2022,(MyVueNews.com)-The next 48 hours could prove to be one of the most defining moments in the recent political history of St. Kitts & Nevis.

It could represent a new beginning or signal the end of a well-intentioned experiment of political cooperation that some believe, delivered “prosperity for all”. Either way, politics in the country would not be the same.

Leader of one of the parties, summed up the coming hours as a choice to either “Resolve or Dissolve”.

When three political parties, namely PAM, CCM, and the newly formed PLP, allied in 2015 to defeat the Denzil Douglas Labour Administration, after 19 years in office, they introduced a unique brand that attracted thousands of voters who offered their support, not only in 2015 but again-and stronger-in 2020.

Now, seven years after, two, (CCM and PAM), of the three parties, and at least seven (7) of the nine (9) elected Members of Parliament, seem ready to re-brand what they are calling, “Real Unity”, with or without two of the MPs from one arm of the tri-partite, (PLP).

The leaders of PAM and CCM, Shawn Richards, (the Deputy Prime Minister), and Mark Brantley of CCM), who is also the Minister of Foreign Affairs at the federal government level, and Premier of Nevis at the local level, have written to the leader of the PLP, and Prime Minister, Dr. Timothy Harris, demanding that he provides definitive responses to their proposed changes for the way forward, or face the possibility of the “plug” being pulled on Harris’ stewardship.

After two meetings in recent weeks to bridge the gap that divides them, Richards and Brantley have complained that no real progress has been made and that their PLP colleague has made little effort to resolve it.

Harris on the other hand has used social media and mainstream media posts to hint at a willingness to review the composition of the Cabinet and to have the World Bank undertake a study, sometime soon, to guide new policies about the sharing of proceeds generated from a lucrative Citizenship by Investment Program.

These have been rejected by CCM and PAM as simply an attempt to delay the inevitable, which is to come back to the table and seriously address the core issues of discord, face to face, rather than through social media posts.

Some sources have, however, indicated that the Prime Minister has been delaying, as a strategy, thinking that CCM and PAM, are not serious with their threats to “pull the plug”.

However, if one is to be guided by the very strong public statements that both Brantley and Richards have been making, and given that PAM has summoned an emergency meeting of its highest decision-making body, the National Council, for Tuesday night, 19th April, 2022, there is no room for doubt that some serious times are ahead.

One PAM official has said, “This is not a game and this certainly ain’t no bluff.”

Richards indicated after the last failed “Leaders Meeting” on Thursday, 14th April, that he will discuss the impasse within the PAM National Council and seek their guidance on the final actions to be taken. From all reports, it appears as though members of that Council are eager to support their leadership.

There are three main options ahead. The first is that of a negotiated settlement, which is what it seems PAM and CCM were pursuing with the failed meetings among the three leaders. This is also the best option for all three parties.

The second option is to ignore the concerns being raised by CCM and PAM and press on with the status quo. This would be the worst decision that no one could be contemplating.

It is the status quo that has brought the crisis. Both Richards, Brantley, and other ministers of government have openly complained about the leadership style of the Prime Minister and the inequality in the distribution of social programs to the citizens across all 11 constituencies in the country.

They have also claimed that they are being undermined by the Prime Minister and that there is a need to return to the Good Governance Agenda that promised electoral reform and greater transparency and fairness in the operations of government.

The Prime Minister has not said much publicly since the row has flared up, after the two attempted meetings, but he did make at least two short statements via radio and television.

The third option before the prime minister is a return to the polls. This, however, could prove quite challenging for all five parties in the country that are ill-prepared for a general election. Who would have the most to lose, is a question that Harris, Richards, and Brantley, would have to answer?

In the meantime, all eyes will be on Church Street, and the Office of the Prime Minister, as the countdown to midnight Wednesday, 20th April, 2022, continues.

For now, the political clock is ticking.