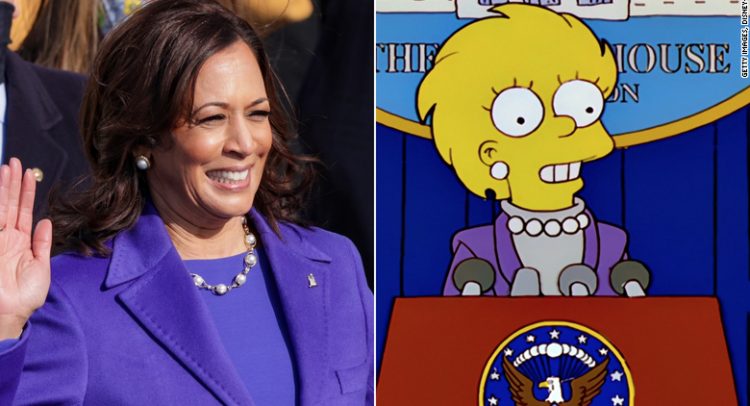 Yet, as the longest-running sitcom in US history, the timeless series often finds itself aligning with “life imitates art” moments that happen years after airing.

This week, for example, users on social media couldn’t help but wonder at the latest coincidence between Vice President Kamala Harris’ outfit during the inauguration and Lisa Simpson’s outfit in an episode from 2000.

In “Bart to the Future,” Lisa assumes the presidency and asks the now-viral line, “As you know, we’ve inherited quite a budget crunch from President Trump.”

The similarities with the inauguration didn’t stop there for Simpsons fans. Actor Tom Hanks appeared as a host during a virtual concert Wednesday evening, which aimed to keep with President Joe Biden’s theme of national unity in a time of crisis.

In “The Simpsons Movie” from 2007, Hanks in a cameo role pitches a proposed new Grand Canyon at Springfield, the hometown of the Simpsons.

“Hello. I’m Tom Hanks. The US government has lost its credibility, so it’s borrowing some of mine,” he says.