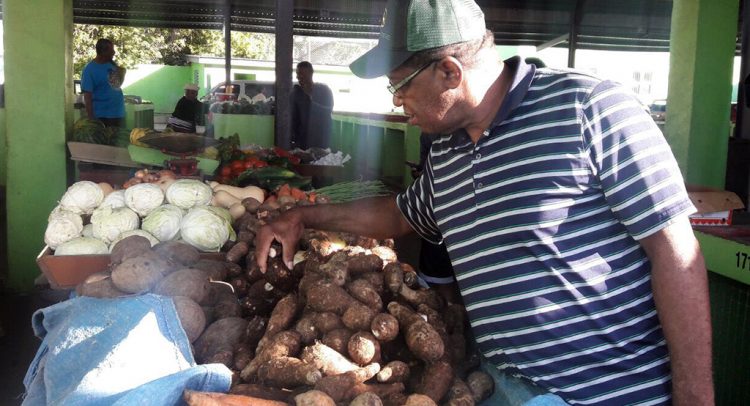 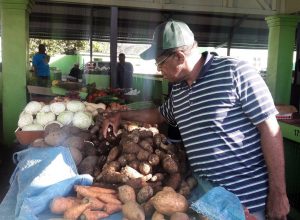 BASSETERRE, St. Kitts, March 2, 2018 (Press Unit in the Office of the Prime Minister) – In just three years in office, the Team Unity Government has done much to significantly improve the agricultural sector in St. Kitts and Nevis, with even more planned programmes and projects that will benefit farmers by improving livestock and produce quality expected to come on stream this year.

Some of the these improvements were highlighted on Tuesday, February 27, when the Team Unity Administration held its second town hall meeting at the Joshua Obadiah Williams Primary School in Molineux.

Prime Minister Dr. the Honourable Timothy Harris reiterated at that meeting that his Government is committed to supporting individuals who are serious about pursuing a career in farming.

“We want to see really more people in serious agricultural development and we are prepared as a Government to put money where our mouth is. That is why we will establish a fund, which we shall announce in March, of over $1 million in the first instance to help people who want to do serious farming,” Prime Minister Harris revealed.

The prime minister further noted that his Government appreciates that as a small country, the more we can do for ourselves the better able we are to safeguard our independence.

The more we can produce, the better control we have over our health…and we will give you full support,” Prime Minister Harris said, while making a special appeal to at-risk youths in St. Kitts and Nevis to also seize this opportunity.

Minister of Agriculture, the Honourable Eugene Hamilton, who was also present at Tuesday’s town hall meeting, added that he is making a concerted effort to curb low mutton production in St. Kitts by importing two bucks from the United States of America for breeding purposes.

This according to the minister “will help us to reduce the level of imports of mutton.”