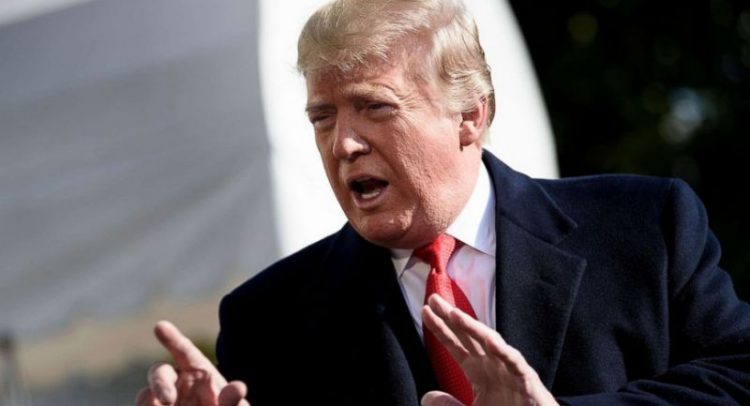 The US isn’t interested in dialogue with Iran, France says

Paris (CNN)The United States is not interested in pursuing dialogue with Iran despite President Trump’s insistence he is willing to sit down for talks, according to one of the European nations attempting to mediate between the two sides.

French authorities — among other European nations — continue to search for a way to defuse growing tensions between the US and Iran. But the French say they see “no signal the US is interested in dialogue,” a defense source in Paris told CNN.
Asked if France would be part of an anti-Iran coalition, which the Trump administration seems to be attempting to construct, the source said that while the French authorities regarded themselves as “good allies,” they would not “automatically” follow Washington’s line on Iran.

“We have our own goals… our own interests,” the source added.
The White House has been approached for comment.
It seems likely that acting American defense secretary Mark Esper will hear concerns from French Defense Minister Florence Parly at a meeting of NATO defense ministers in Brussels Wednesday.

French forces in the Persian Gulf continue to carry out joint exercises with the US, including providing force protection for American aircraft carriers. When asked if that cooperation would continue if there were to be a confrontation the French source said: “We are not at that point yet.”
At a press briefing, French intelligence services said they did not believe that the US drone, which was shot down by Iran last week, had violated Iranian air space or rules of operation.

Iran plans to speed up uranium enrichment
Iran said Wednesday it will speed up its enrichment and stockpile of low-grade uranium after its 10-day deadline for European countries to circumvent US sanctions expires on Thursday, the country’s Atomic Energy Organization said.

Behrouz Kamalvandi, a spokesman, said that after the deadline passes, Iran will exceed the uranium production limit of 300 kilograms, as well as accelerate uranium enrichment to 3.7% — which is above the 3.67% mandated in the nuclear deal, agreed between Tehran and world powers in 2015.

Kamalvandi said it would only take one or two days for Iran to cross the 3.7% limit, according to Iranian State TV IRIB.
Iran is “fully prepared to speed up its efforts to improve its nuclear industry in order to help economic development of the country,” he said, IRIB reported.

Under the nuclear deal, Iran was permitted to stockpile limited amounts of enriched uranium and heavy water produced in that process, exporting any excess. Doing so has become extremely difficult after the US revoked waivers that allowed Iran to export those excess stockpiles, effectively forcing Iran to halt enrichment or ignore the limits — which it is now doing.

The spokesman signaled that the remaining European signatories — France, Germany, and the UK — still had time to fulfill their obligations under the Joint Comprehensive Plan of Action (JCPOA) but added that requesting more time would mean they either cannot — or do not want to — carry out their commitments, IRIB reported.

July 7th marks another deadline set by Iranian president Hassan Rouhani to further scale back the country’s commitment to the deal if the remaining signatories don’t ease restrictions on Iran’s banking and oil sectors.